Ecosystem of Lake Salda should be protected, expert warns 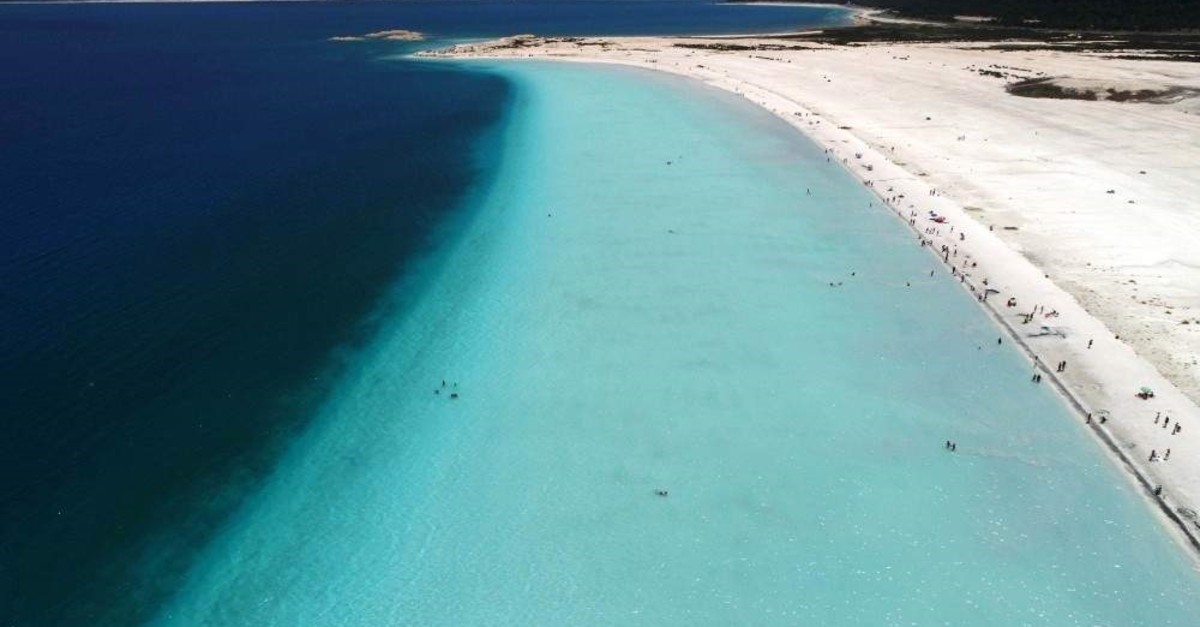 A Turkish expert warns that Lake Salda needs protection. It is the deepest lake in Turkey, which is often compared to the Maldives due to its white sandy beaches and turquoise water. (DHA Photo)
by Daily Sabah Nov 20, 2019 5:33 pm

Action must be taken to prevent threats to the ecosystem around Lake Salda, a Turkish expert has warned, saying that the country needs to do everything it can to protect Turkey’s deepest and mineral-rich lake.

Paedologist Doğan Kantarcı of Istanbul University’s Faculty of Forestry said that visitors coming to the lake, located in the Yeşilova district of southern Turkey's Burdur province, ought not to use the area for swimming, since this could take a toll on the water quality and surrounding ecosystem, Turkish daily Hürriyet reported.

High amounts of calcium and magnesium bicarbonates in the lake water, which are used in industrial thermal insulation, tools and heat resistant clothing production, started to precipitate and turn into hydro-magnesite and increasingly huntite minerals, Kantarcı said.

Kantarcı explained that, two billion years ago, when single-celled cyanobacteria, the blue-green algae living in the waters of the lake, began producing oxygen via photosynthesis, it had a dramatic effect on the development of life, adding that the algae also provided for the formation of organo-mineral rocks and stromatolites just below the surface of the water by keeping the minerals in the water thanks to their filamentous structure.

“Stromatolite formation continues in several parts of the world, examples having been found in the hot springs of Yellowstone National Park in the U.S. along with those in Australia, China, Russia, Africa and Canada. The seventh place where this process continues is Lake Salda,” Kantarcı asserted.

Kantarcı further warned that the number of local and foreign tourists coming to the lake annually, estimated as between 100,000 and 120,000, can be a considerable cause for pollutants, especially risky for land-locked lakes such as Salda.

Asked about the importance of the site for health tourism, given the benefits it provides for those with cardiovascular and pulmonary diseases, Kantarcı said that a center that could be established away from the lake by the Turkish Health Ministry would be more beneficial for the public.