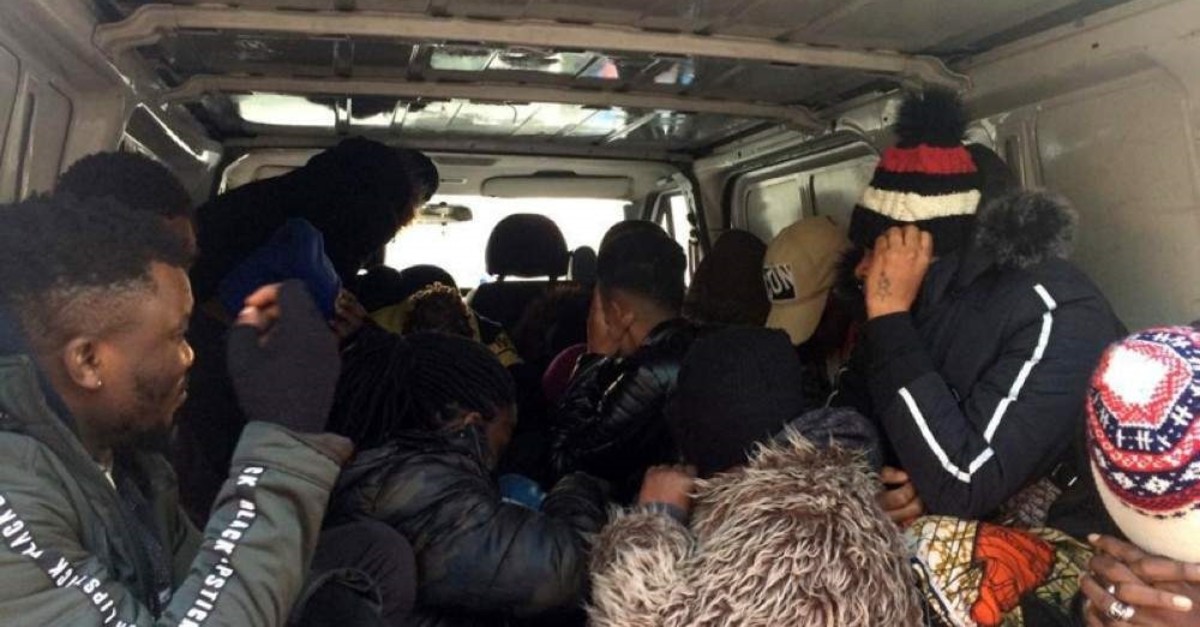 The local coast guard in western Balıkesir province caught 40 migrants on a dingy after receiving a tip-off, the Turkish Defense Ministry announced.

In another operation in the province, gendarmerie stopped a minibus and another vehicle carrying 31 migrants and two traffickers on their way to the coast to head to the Greek island Lesbos. Of the migrants, 11 were from Syria, 16 from Congo and four from other African countries. After providing food and medical care, the gendarmerie launched legal action against the migrants and traffickers.

Another truck heading to the border was stopped during an operation in northwestern Kırklareli province. Upon searching the vehicle, authorities discovered 78 migrants from Morocco, Iran, Pakistan and Afghanistan. The driver and trafficker, identified as K.D., were arrested.

Another dingy off the coast of the western Aydın province was caught by the coast guard, carrying 38 Syrians, 11 Palestinians, five Congolese and one Kuwaiti, including women and children.

Meanwhile, the coast guard in western İzmir province stopped a boat for suspicious behavior and found 38 migrants of African origin heading to the Greek islands.

In another incident, the local coast guard in Edirne province, which shares a border with Bulgaria, caught migrants in two dinghies off the coast of the Enez district. The 65 migrants, including 21 children and 11 women, were heading to the nearby Greek shore.
All of the apprehended migrants were handed over to local migration authorities.