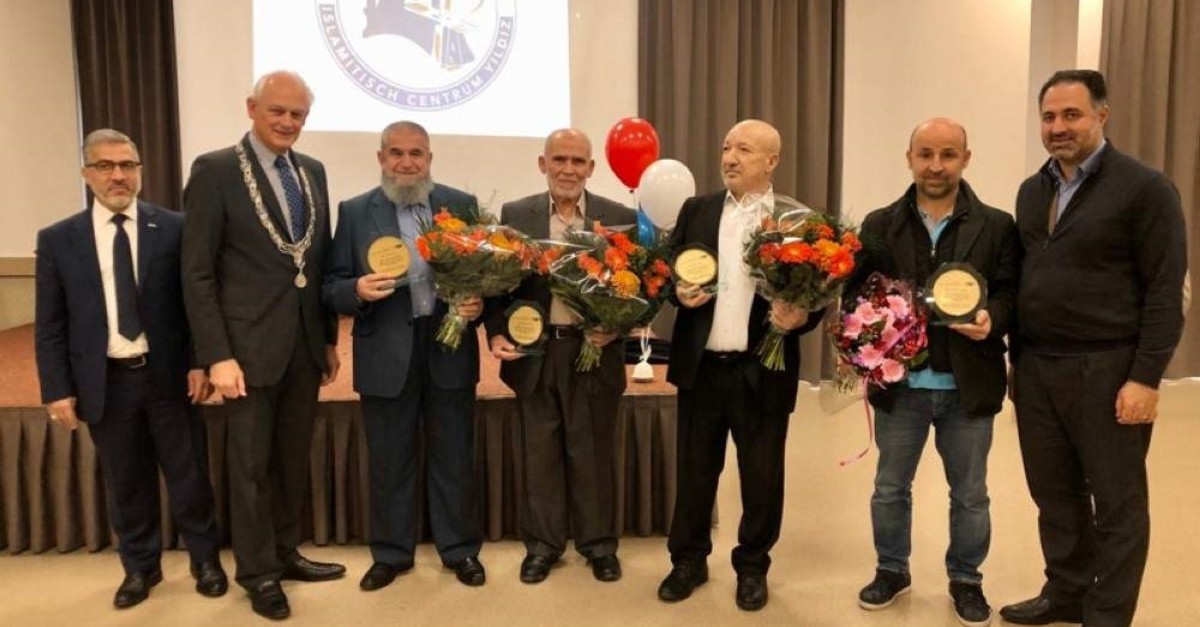 Four Turkish-Dutch citizens were given royal honors on Saturday for their contributions to transforming a 40-square-meter mosque into an Islamic complex and their support for integration efforts in their city of Schiedam.

Kılcı, Güngör, Ulusoy and Başalan, who have been pioneers in their community since the 1980s with their volunteer activities, were deemed worthy of the royal award due to their contribution to the entire construction process of the Islamic complex, and for using that space to support integration initiatives in their community.

Ulusoy, who is originally from Sivas in central Turkey, told an Anadolu Agency correspondent that he was touched by the royal honor.

“It was a big surprise. Forty years passed in front of my eyes like a filmstrip. It makes a person emotional whether they want it or not. Praise be to God for granting us these beauties,” he said.

Güngör, from the western Black Sea province of Karabük, said, “We have worked voluntarily for the sake of God and we have not expected any appreciation from anyone, but we were very pleased and proud to see that we were worthy of such an award.”

More than 100 Turkish-origin Dutch citizens residing in various cities across the Netherlands have previously received a royal honor for volunteer work.
The awards are announced as part of celebrations marking King Willem-Alexander's birthday on April 27.
This year, 1,003 women and 1,861 men were presented with honors. Among this year's order recipients, the oldest was 94 years of age and the youngest was 25.