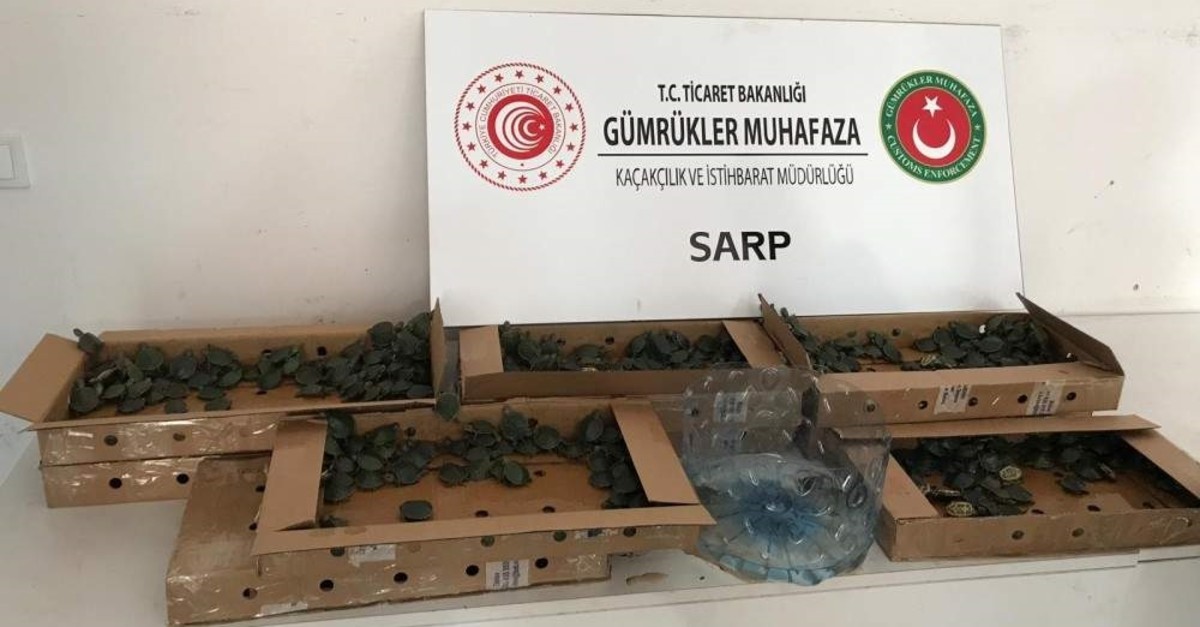 An individual holding a Russian passport tried to enter Turkey with thousands of smuggled terrapin turtles in several pizza boxes, according to a security source on Wednesday.

Turkish border guards searched the vehicle of Elmaddin Mamadev and discovered 3,400 terrapins hidden in nine boxes during checks at Sarp border gate in northern Artvin province, said the source, who asked not to be named due to restrictions on speaking to the media.

During X-ray checks, the officials also found vitamins and medicines for the animals, the source added. The turtles were worth TL 191,700 ($33,300), the source said.

The seized turtles were delivered to the provincial office of Forest Protection and National Parks.