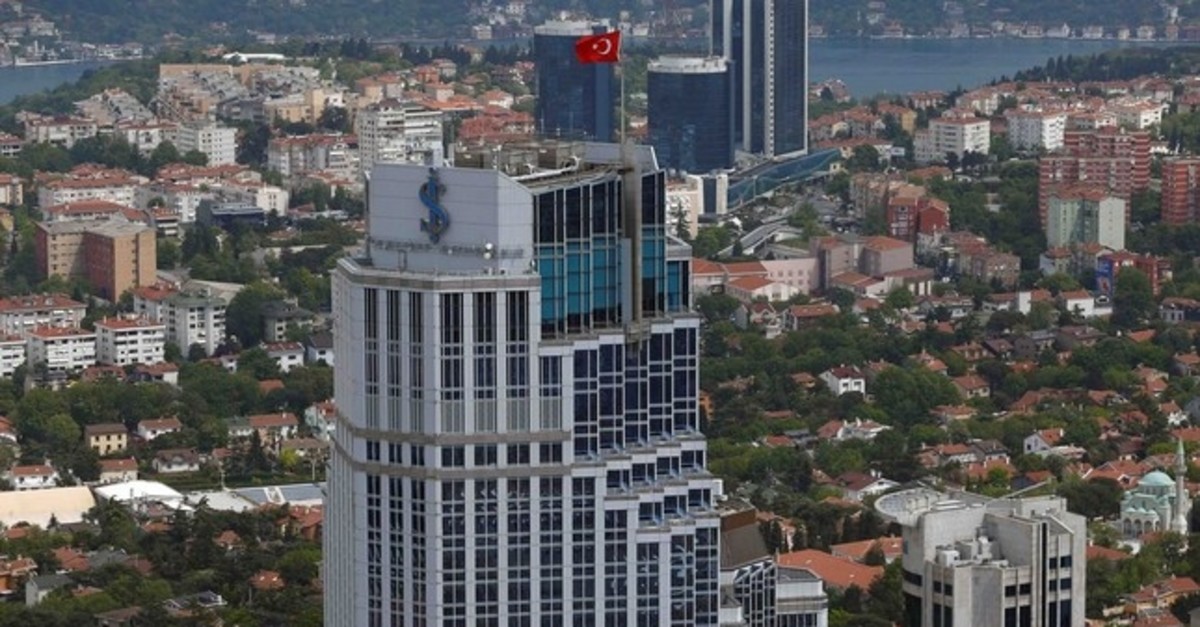 Headquarters of u0130u015f Bank is pictured in Istanbul, Turkey May 3, 2016. (Reuters Photo)
by Daily Sabah Nov 27, 2019 6:31 pm
İş Bank, one of Turkey's oldest lenders, faces another inheritance trial, this time from the granddaughter of the late Ottoman Sultan Mehmet Reşat V.
Rukiye Bala Hodo claims that her great-grandfather, who died in 1918, bought 200 shares from a bank whose assets were handed over to İş Bank. Her lawyer claims that the current value of the shares comes to at least TL 12 million.
The penultimate ruler of the Ottoman Empire reportedly bought shares for 2,000 Reşat gold coins, a coin that was named after him and is till in use, from the Osmanlı İtibar-ı Milli Bank. The bank went defunct as the empire neared collapse, its assets being then transferred to İş Bank, which was founded upon the orders of the Republic of Turkey’s first President Mustafa Kemal Atatürk. Hodo’s lawyer Mahmut Doğan told Anadolu Agency (AA) that the sultan wanted to set an example for the public by buying shares from his own pocket. His descendants seek confirmation of the existence of the shares as part of a lawsuit.
The children of Atatürk’s adopted daughter, Ülkü Adatepe, have previously filed a lawsuit against İş Bank, contesting payments İş Bank was mandated to pay the late Adatepe for a monthly allowance cited in Atatürk’s will.
Hodo claims the bank had records of shares bearing the name of the sultan and asked it to hand over their value to Mehmet Reşat’s descendants. Mahmut Doğan said the matter was confirmed in a book on the bank’s own history funded by the bank. “A section of the book based on archive records describes a merger with İtibar-ı Milli and claims the sultan bought shares. The lawsuit was filed because it is not known what happened to those shares. Rukiye Bala’s brother Nazım and other descendants will also act as co-plaintiffs in the lawsuit,” he said.
Last Update: Dec 20, 2019 1:58 am
RELATED TOPICS