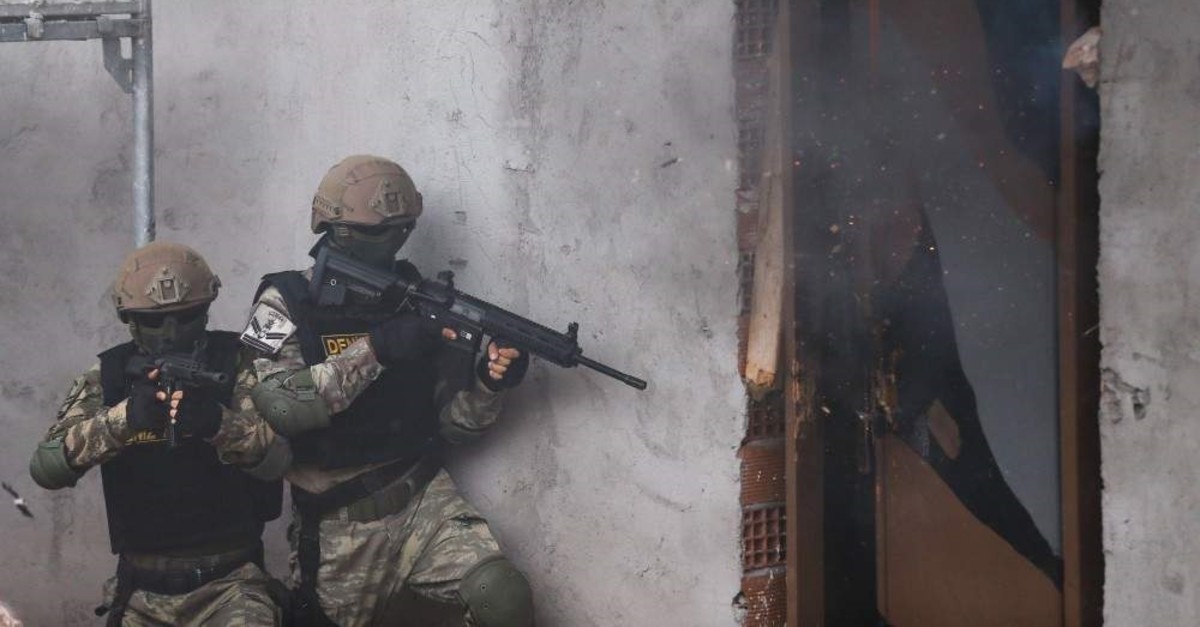 by Daily Sabah with AA Nov 27, 2019 5:40 pm
The Amphibious Marine Brigade is a key component of the Turkish army, with cadets undergoing a strict, difficult training process to develop their skills in the coastal Aegean village of Foça, in Turkey's İzmir province.
The task of the Amphibious Marine Brigade is relatively tougher compared to that of other units, as troops have to serve both on land and at sea. Marines have played a critical roles in operations overseas, also serving alongside regular divisions in peacetime operations, such as humanitarian aid and evacuation missions.
The unit's teams were some of the first to land on Cyprus during the Turkey's peace operation on the island in 1974, and are involved in counterterrorism operations in Turkey as well as in Syria.
An ordinary training day starts with an exercise routine. It continues with physical endurance tests and shooting practice. The sessions, similar to training of elite commandos, involve drills for boarding a moving vessel, fast-roping, extraction, survival in rough terrain and an advanced level of swimming training.
Lt. Col. Bülent Özarslan, commander of a support battalion of the Amphibious Marine Brigade, says the teams were originally formed in Gölcük in northwestern Turkey, where the Turkish Navy was based, in 1968, before moving to Foça in 1977. “We carry out commando operations, evacuation of non-combatants, humanitarian aid and similar activities. Our troops worked in the Cypriot peace operation, in Şırnak [southeastern province where counterterrorism operations are carried out against the PKK terrorist group. We were also deployed in Albania for humanitarian aid work, as a peacekeeping force in Kosovo, as a force to evacuate civilians in Libya and Lebanon and as a supporting task force in Afghanistan,” he says. Currently, they are deployed in Hakkari for counterterrorism operations, in Syria in the aftermath of Turkish-backed military operations and in the Eastern Mediterranean, where Turkish vessels exploring oil and gas are stationed.
Last Update: Dec 20, 2019 1:58 am
RELATED TOPICS