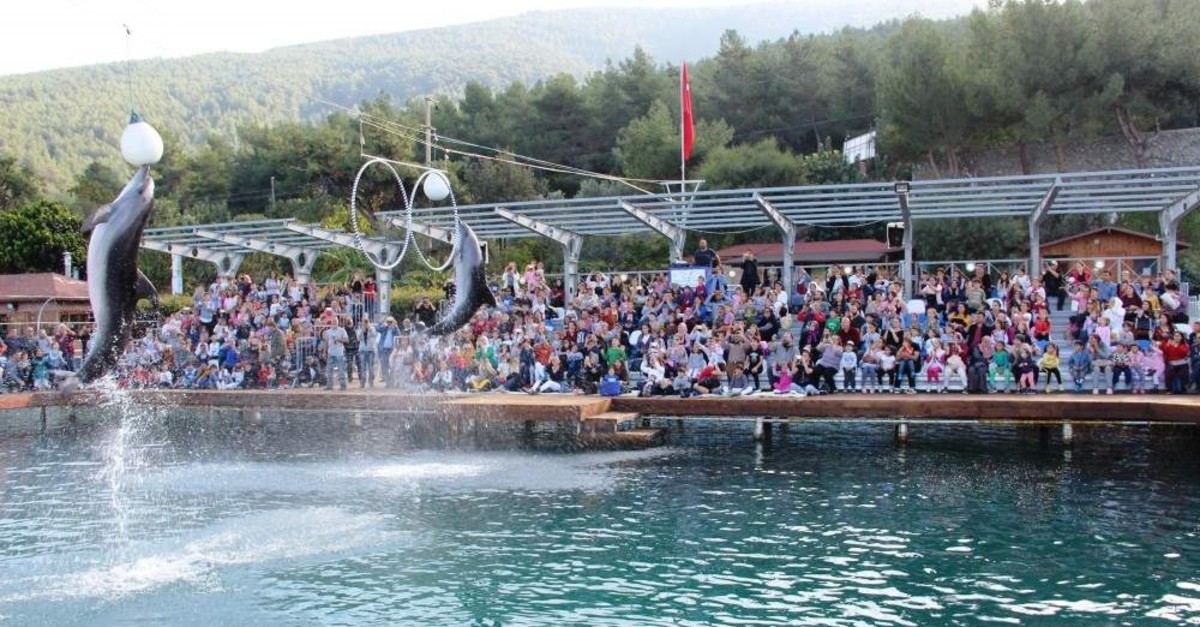 As the Turkish Parliament prepares to discuss a ban on dolphinariums, their owners, flanked by tourism representatives and a charity for disabled children, voiced their opposition to the proposal.
Dolphinariums, which draw the ire of animal welfare activists everywhere for keeping dolphins captive, will be given two years for rehabilitation of the animals under a proposal by a parliamentary committee. The committee also recommends a ban on opening of new dolphinariums in the country which currently hosts nine such facilities. It is part of a larger draft for an animal rights bill that will bring a ban for zoos as well if Parliament approves it.
Cenk Gökalp, head of an association of dolphinarium owners, held a press conference in the capital Ankara on Thursday, along with representatives of tourism businesses and an association for children with autism.
“They are not in a worse state than those in dolphinariums in Europe or anywhere in the world,” Gökalp said in reference to the welfare of captive dolphins in Turkey.
“Dolphinariums contribute to tourism, economy, health and social life. They should not be categorized like zoos or circuses,” he said. Gökalp claimed that their “facilities” invested in animal welfare.
Tolga Gökçe, head of the Turkish Foundation for Support of Autistic People, said dolphin therapy helped to improve the health of children.
Bad news for dolphinarium owners is certainly good news for animal rights activists. Activists hailed the proposal that comes about a decade after the Freedom For Dolphins initiative started a campaign for their closure. The parliamentary committee’s report is based on a probe by its members and echoes animal rights activists’ accusations that routine torture of animals in dolphinariums leaves physical and mental damage on dolphins. The report also points out that there is no scientific evidence on the benefits of autism therapy with dolphins.
Last Update: Dec 20, 2019 2:00 am
RELATED TOPICS