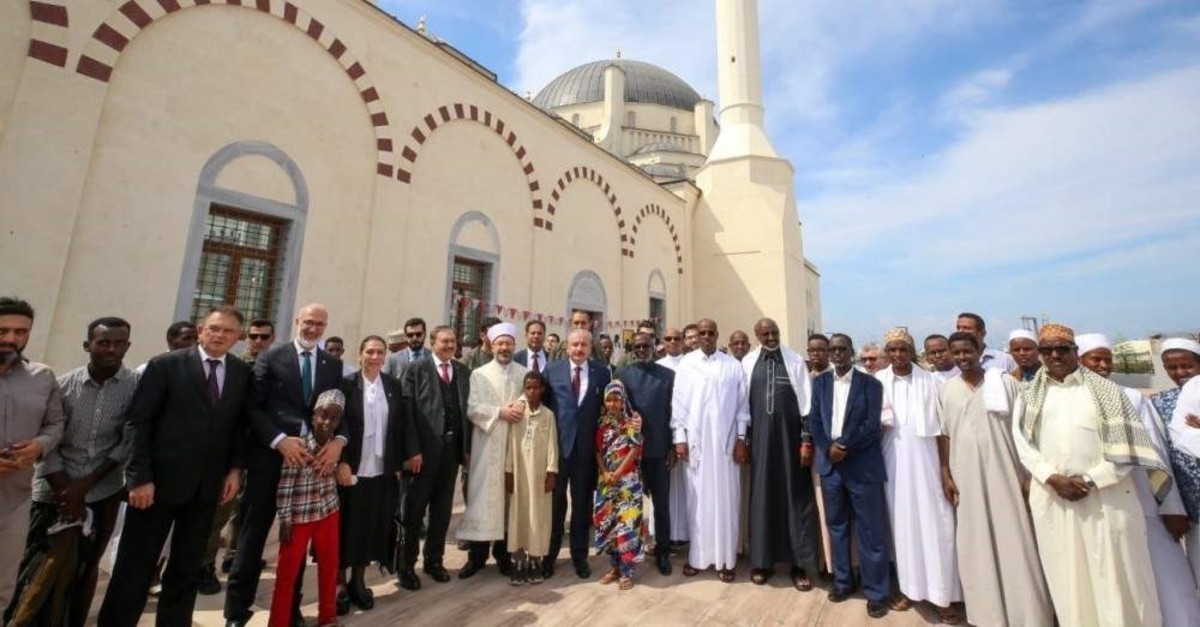 Officials from Turkey and Djibouti attend the opening ceremony of the mosque, Djibouti, Nov. 29, 2019. (?HA Photo)
by Daily Sabah Nov 29, 2019 6:26 pm
Abdülhamid II Mosque, Djibouti’s largest mosque, opened on Friday at a ceremony four years after a Turkish foundation launched its construction. Turkish Parliamentary Speaker Mustafa Şentop and Djibouti Prime Minister Abdoulkader Kamil Mohamed were among the dignitaries attending the opening ceremony.
The mosque, which can host up to 6,000 worshipers, was built by the Turkish Diyanet Foundation (TDV), which is affiliated with Turkey’s Presidency of Religious Affairs (DİB). DİB President Ali Erbaş led the Friday prayer at the mosque.
Speaking at the ceremony, Şentop said Turkey and Djibouti, as members of the international Muslim community, were “standing up” again and reviving their relations based on their “fraternity.” Şentop said the mosque idea was conceived by the Turkish and Djibouti presidents and was a concrete sign of bilateral relations.
Moumin Hassan Barreh, Djibouti’s minister of Muslim affairs, culture and waqf assets, said at the ceremony that the mosque was a gift from Turkey to the people of Djibouti and extended his thanks to the Republic of Turkey.
Last Update: Dec 20, 2019 2:02 am
RELATED TOPICS