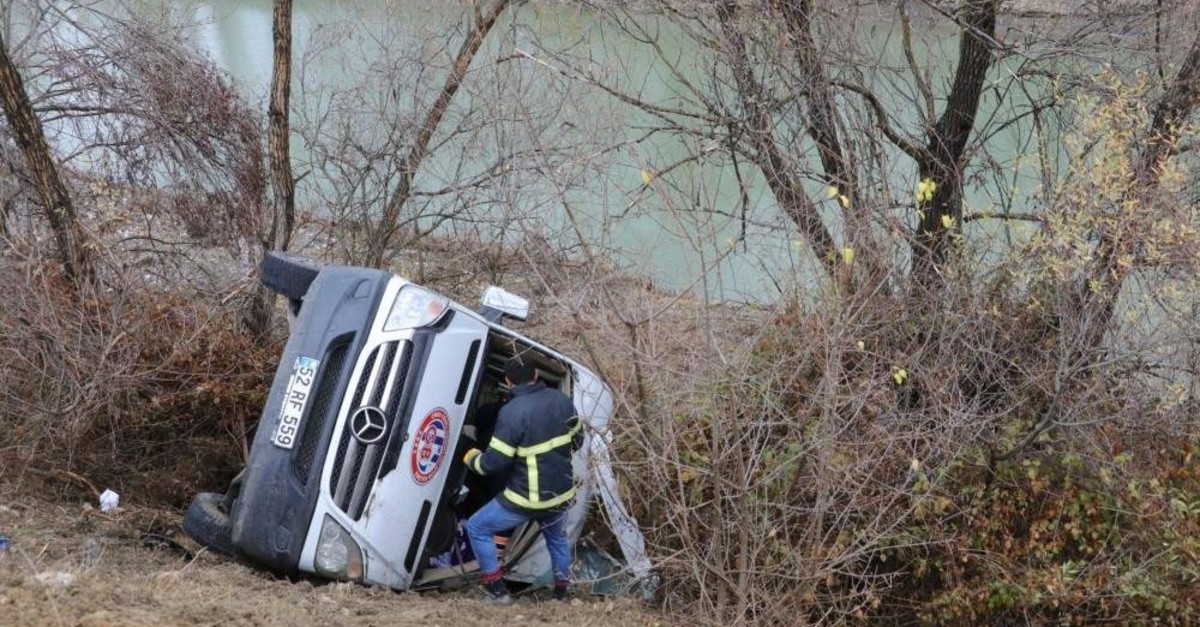 by Daily Sabah Dec 01, 2019 8:06 pm
At least 2 people were killed, 15 others were injured after a minibus carrying women’s handball players plunged into a ditch on Sunday.
According to preliminary reports, the minibus crashed after the driver lost control of the vehicle while he transporting an Ordu Gençlerbirliği player from the northern province of Ordu to Yozgat.
A large number of ambulances were dispatched to the scene and the injured were rushed to nearby hospitals. No critical injuries were reported.
Sports and Youth Minister Muharrem Kasapoğlu offered his condolences to the deceased athletes' families. The minister said he was following up on the injured and the ministry would offer help.
Last Update: Dec 20, 2019 2:03 am
RELATED TOPICS