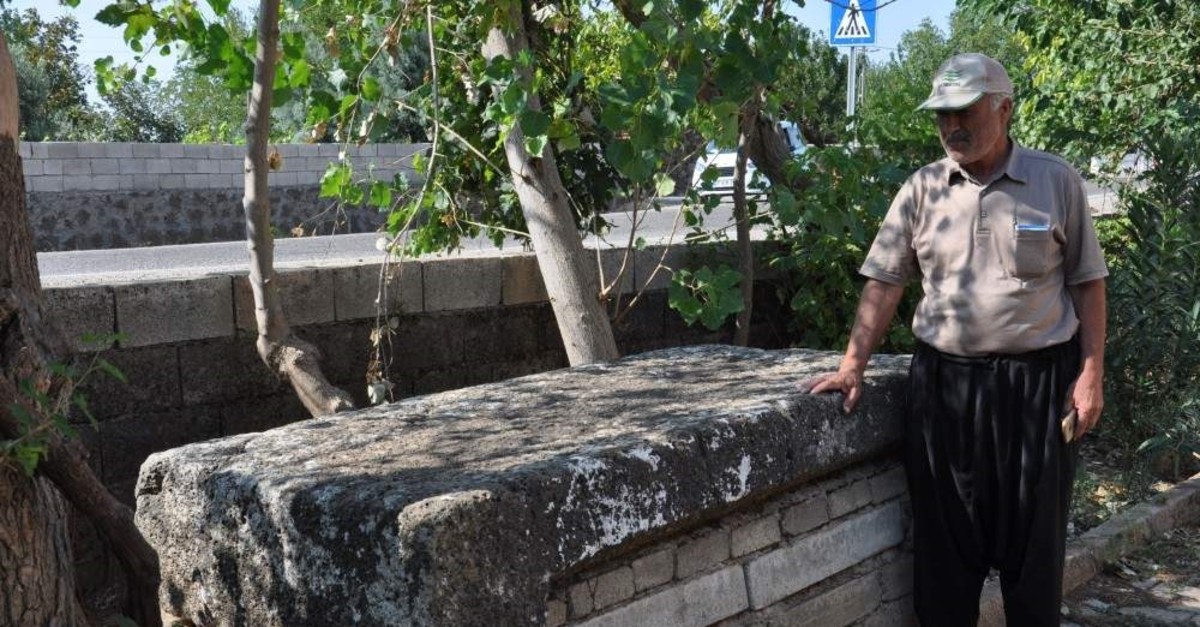 by Daily Sabah Dec 01, 2019 8:20 pm
Archeologists have discovered that a mosque in Turkey’s southeastern province of Gaziantep has been unwittingly using the lid of an ancient Roman sarcophagus as a “musalla” stone, a slab usually made from marble upon which the coffin rests during funeral prayers.
According to locals, the 850-kilogram lid was brought to the Örtülü mosque in 1984 as the mosque was in need a new slab after the old one was broken. The locals found the lid in a rural area and carried it to the mosque with their tractors.
Speaking to Demirören News Agency, Mehmet Kaçar said a group of visitors warned the community two years ago that the slab looked like a historical artifact and urged them to contact authorities. An archeologist working for the local municipality later confirmed that the slab was indeed historic, and belonged to a Roman empire era.
Kaçar said after they heard it was an artifact they mulled whether to bring it back where they found it but ultimately decided to keep it.
“We feared we might damage it if we tried to move it. It’s not like it’s being damaged here. We are taking great care of it,” he said.
Last Update: Dec 20, 2019 2:03 am
RELATED TOPICS