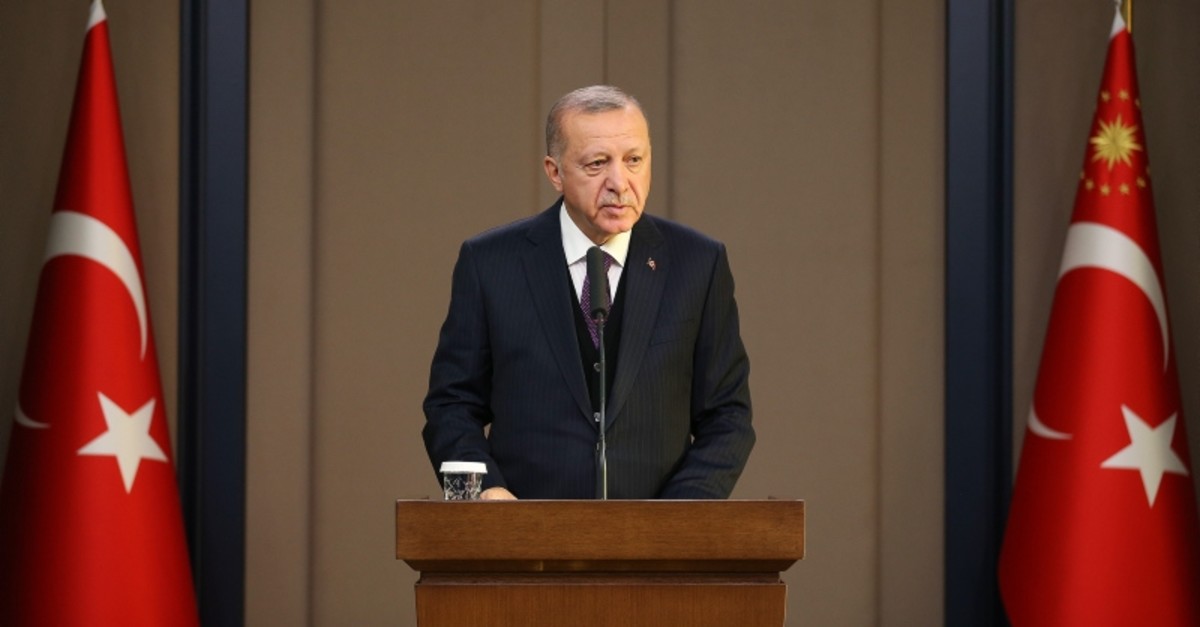 President Recep Tayyip Erdoğan has hinted at an operation to capture Adil Öksüz, the fugitive mastermind of the 2016 coup attempt by the Gülenist Terror Group (FETÖ).
The development comes a few days after Interior Minister Süleyman Soylu announced that Turkey was aware of Öksüz's whereabouts.
Talking to reporters before leaving for London on Tuesday, Erdoğan hinted that Öksüz may be in Europe. “This person fled the country and unfortunately (FETÖ members) are under the protection of the countries they fled to. They flee to Belgium, for instance, and travel to Germany from there. Hundreds, thousands of FETÖ terrorists live in those countries,” Erdoğan said.
The president added that Turkey provided information about the current whereabouts of fleeing terrorists to several countries, but they did not turn the terrorists in. “Of course there are countries extraditing them, and we acknowledge them when they’ve done so,” he added.

“It is a different matter if our Interior Ministry brings (Öksüz) to Turkey. We will see in time,” the president said.

Öksüz, as an "imam" or point man for FETÖ, planned the coup attempt on July 15, 2016, with the terrorist group's infiltrators in the military. He was first detained just outside the Akıncı Air Base, a military base in the capital, Ankara after the coup attempt was foiled. The base served as a kind of command center for the putschists, with warplanes taking off from there to strike a number of strategic locations.
However, hours after his detention, a court controversially ordered his release on probation. Referred to as FETÖ's "black box" for his intricate ties to senior cadres and prominent role in the coup attempt, Öksüz reportedly acted as the Turkish Air Force handler for the terrorist group.
FETÖ leader Fetullah Gülen and Öksüz are being tried in absentia in several coup cases. Both men face multiple life sentences for their suspected roles in the coup attempt that came three years after FETÖ members in the judiciary and law enforcement tried two other unsuccessful coup attempts.


In 2018, Öksüz was allegedly spotted in Germany after Anadolu Agency (AA) reported that they had received a letter that said he was hiding in Berlin's Neukölln district in a house owned by a Turkish national. The FETÖ terrorist group, which runs a global network of members, has its largest network in Europe in Germany, running a large number of associations, companies and websites in the country.
Last Update: Dec 20, 2019 2:07 am