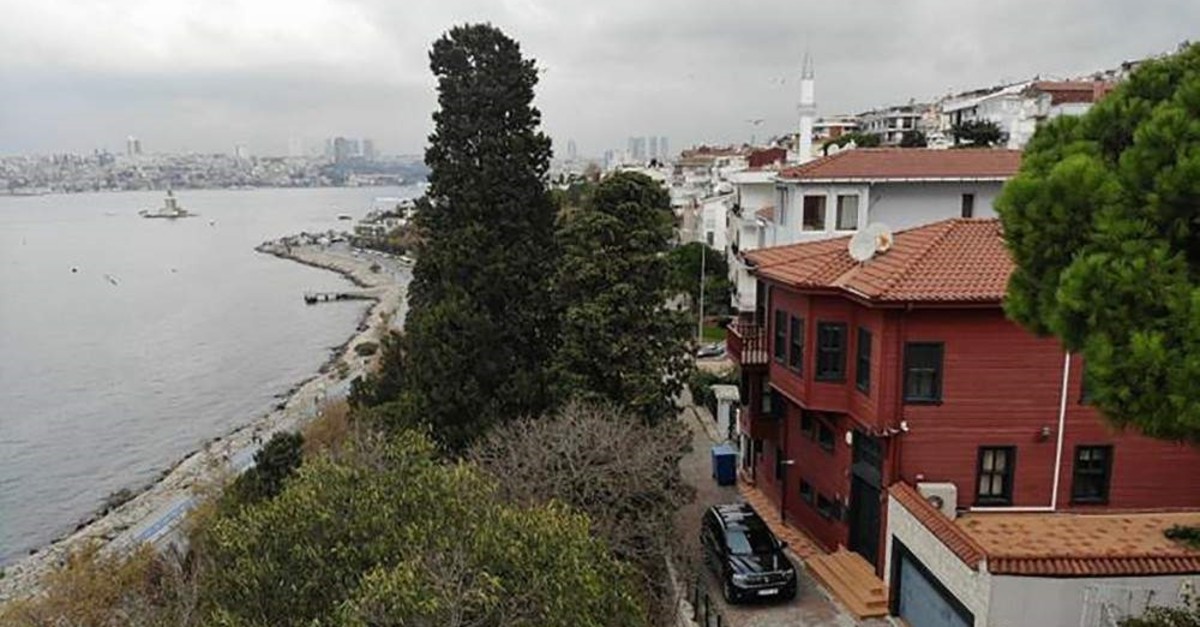 Eurobank Kos. SH. A, used this mansion overlooking the Bosporus as its headquarters.
by İbrahim Ayral Dec 04, 2019 4:57 pm
Six people were arrested after the Banking Regulation and Supervision Agency revealed a group of con artists defrauded people by setting up a fake bank in Istanbul. The suspects are accused of setting up a branch of Eurobank Kos. SH. A. in Istanbul for the purpose of fraud. Companies that fell victim to the fraud noticed it only months later and filed a complaint.
The BDDK launched an investigation into the case and found that the accused suspects used forged letters of guarantee worth millions of Turkish liras to companies seeking access to tenders.
It is not known how much they scammed their victims but the ongoing BDDK investigation disclosed that the suspects did everything to convince potential customers that they were legitimate. They first set up a holdings company in the Mediterranean city of Antalya and launched a massive public relations campaign in Turkey and abroad to polish their image as a company active in energy and education.
In fact, it was a disguise to their real intent, the banking scheme. They then rented a spectacular waterfront mansion in Salacak district of Istanbul, along with an office building that posed as headquarters and offices of Eurobank Kos. SH., purportedly a Kosovo-based bank. Suspects are also accused of forging checks for rentals. Their next move was forging letters of guarantees at low costs and temporarily, attracting several companies convinced with their online ads. They even went as far as issuing credit cards for their banks.
Their scheme was uncovered when a businessman and a businesswoman bid in a tender for staff recruitment for Turkey’s national post directorate (PTT). Authorities discovered that letters of guarantee worth TL 41.5 million were fake. An electricity company was also barred from another tender when their letter of guarantee turned out to be a fake from the same bank.
The BDDK said in a statement on Wednesday that the chief prosecutor’s office was handling the case of the “illegal operation” of the bank.
“It was discovered that Eurobank Kos. Sh. A was engaged in banking activities without registering with the BDDK at first and gave an impression through their website that they were a legitimate bank involved in financial leasing, factoring and credit card delivery,” the agency said.
Last Update: Dec 20, 2019 2:08 am
RELATED TOPICS