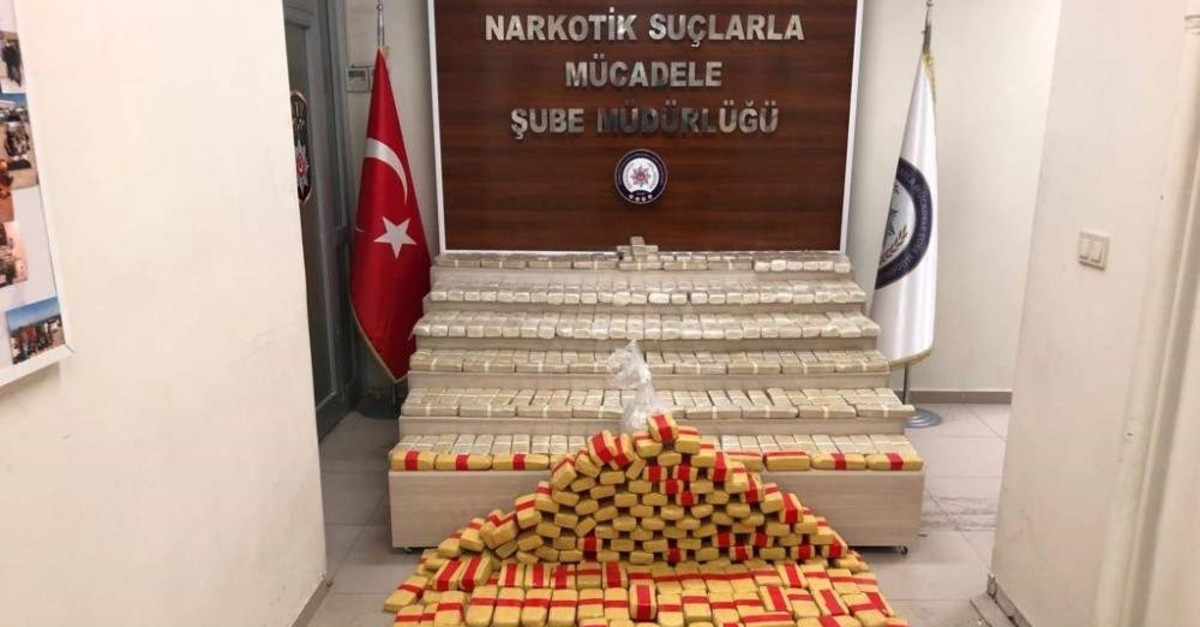 Seized drugs on display at the counter-narcotics department of Van police, Van, Dec. 4, 2019. (AA Photo)
by Anadolu Agency Dec 04, 2019 5:42 pm
Turkish police officers seized a large amount of drugs in operations across the country, officials said Wednesday. The operation based in the eastern Van province was extended to Istanbul, southeastern Diyarbakır and northwestern Kocaeli provinces, the provincial security directorate said.
Police seized over 900 kilograms (1,984 pounds) of cannabis, 799 kilograms (1,761 pounds) of heroin, 100 kilograms (220 pounds) of marijuana, over 1 kilogram (2 pounds) of methamphetamine and over 50 kilograms (110 pounds) of acid anhydride, according to a statement. Also, police officers seized $12,500, TL 155,000 ($26,953) and 31 million Iranian rial ($736). A large amount of ammunition including 47 cartridges, shotguns and 22 shotgun cartridges were confiscated. Police also seized two smartphones and 9,000 packets of cigarettes. In a separate operation in Turkey’s western Afyonkarahisar province, 100 kilograms (220 pounds) of marijuana were confiscated. The operations also led to the arrest of 34 suspects.
Last Update: Dec 20, 2019 2:08 am
RELATED TOPICS