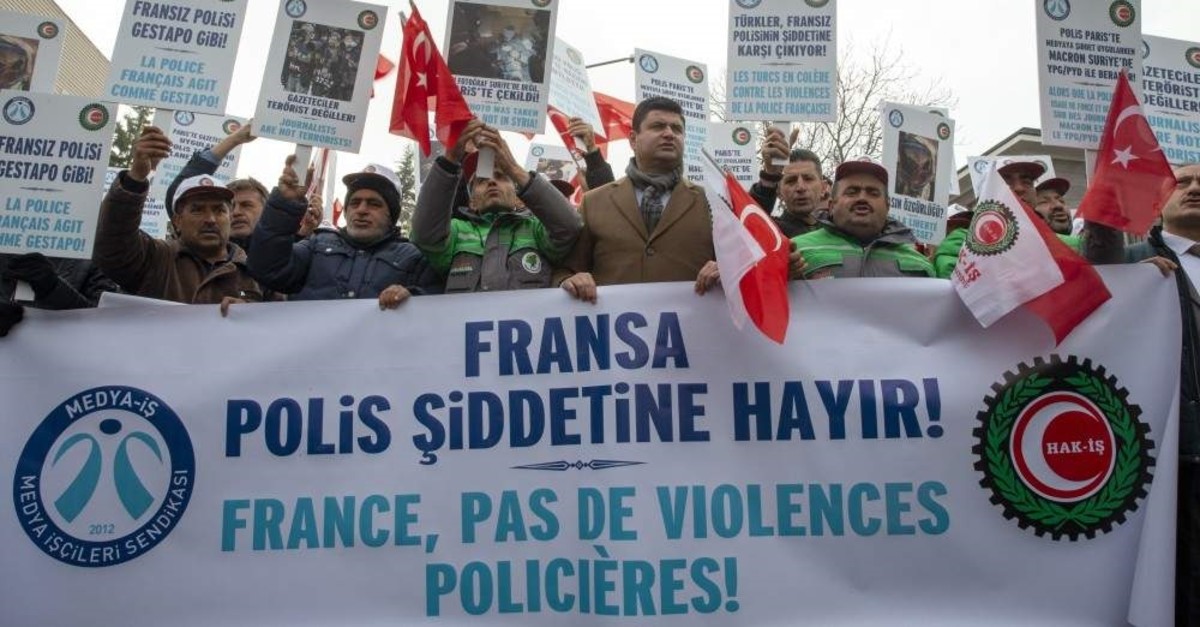 Labor unions staged a demonstration outside the French Embassy in the capital Ankara on Monday to protest French police violence that targeted an Anadolu Agency (AA) journalist last Thursday.

Protesters from the Real Labor Union (HAK-İŞ) Confederation and AA journalists laid a black wreath in front of the embassy to condemn the violence that targeted Mustafa Yalçın.

Yalçın was covering a strike against the French government’s planned pension reforms in Paris when a plastic hand grenade fired by police exploded near him. Shrapnel pierced his helmet and seriously injured his left eye.

Addressing the crowd gathered outside the embassy, Hak-İş President Mahmut Arslan said “Nazism” had been revived in France. “French police are becoming like Gestapo,” he said, referring to the feared secret police of Nazi Germany.

Sezai Ballı, the head of the journalists’ union Medya-İş, said Yalçın ran the risk of losing his left eye. “Who is responsible for this? How can France, which patronizes the world on human rights, deliberately target a journalist this way? We will follow up with this case and fight for the legal rights of Mustafa. We may file lawsuits in international courts,” Ballı said.