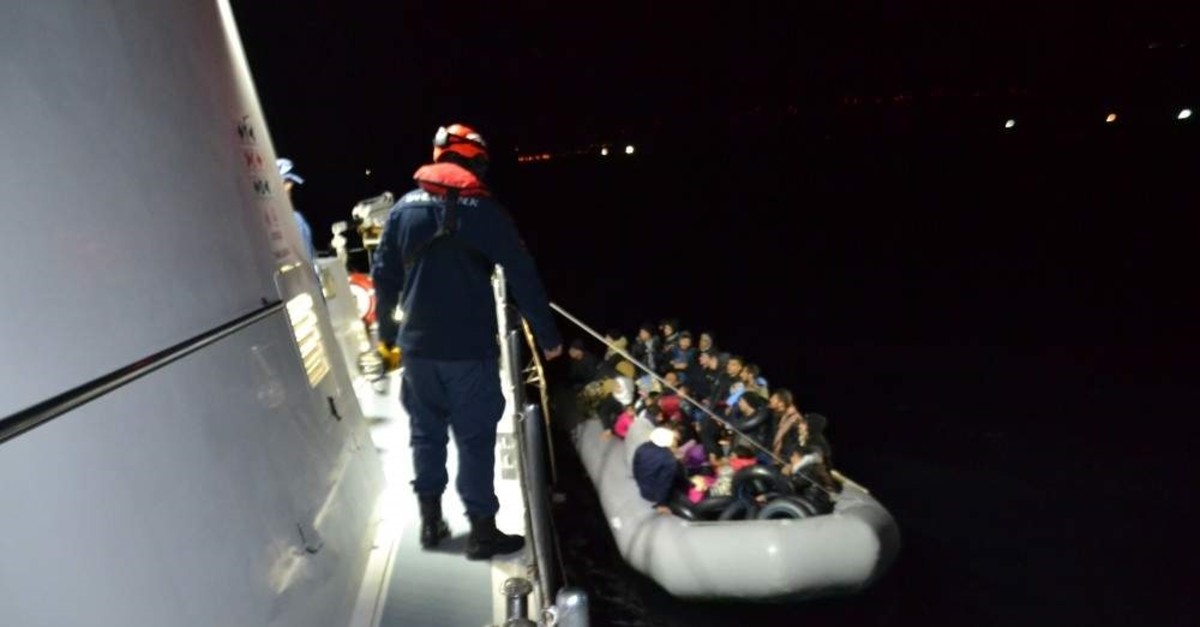 Some 371 irregular migrants were detained in several operations along the western coast of Turkey, security sources said on Sunday.

Members of the local coast guard in the Aegean province of Izmir detained a total of 216 migrants as part of two operations in the shoreside districts of Seferihisar and Çeşme. The group caught in Seferihisar consisted of 119 Afghans and seven persons of African citizenship. The latter group was stopped leaving the shores of Çeşme in two separate dinghies and consisted of 35 Syrians, 13 Palestinians and 42 Central Africans.

Coast guard staff in the coastal province of Muğla stopped another group of 63 migrants from Palestine, Syria, Somalia and Yemen leaving on dinghies.

All the apprehended migrants were handed over to local migration authorities.