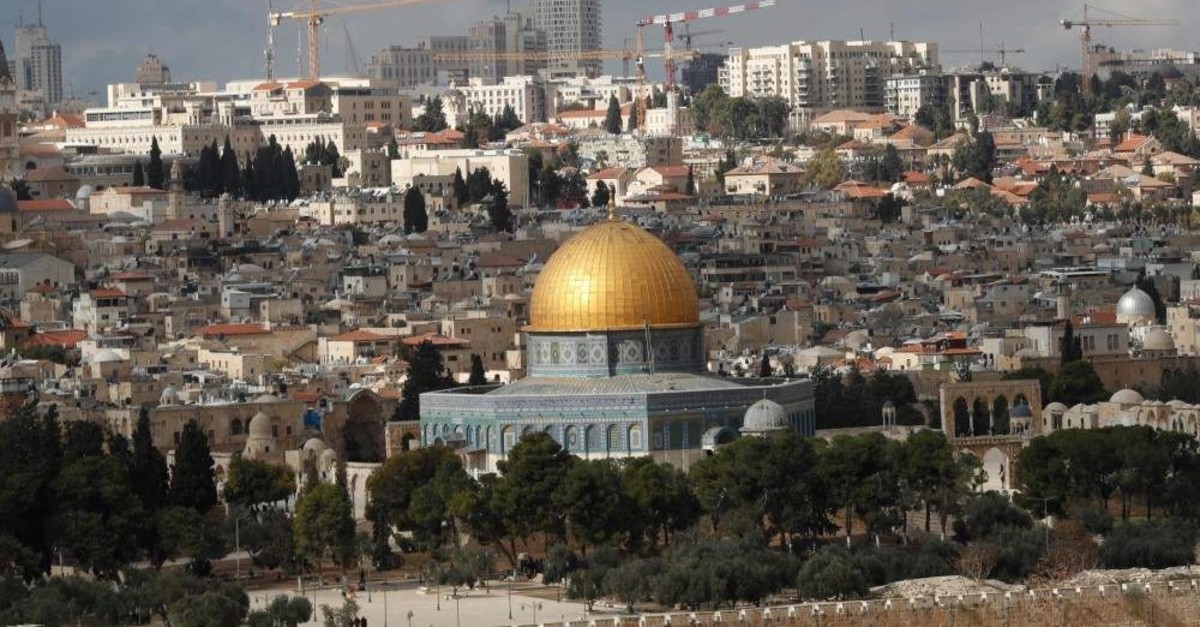 Jerusalem is a popular city for Turkish visitors. (AFP Photo)
by Daily Sabah with AA Dec 10, 2019 5:26 pm
Israeli authorities have denied Turkish singer Gizem Coşkun entry into occupied east Jerusalem, Turkey's Yunus Emre Institute said Tuesday.
The female singer planned to attend a Palestinian cultural ceremony in the city later Tuesday. "We apologize for canceling the show due to circumstances out of our hands," the cultural institute said on Twitter. There was no comment from Israeli authorities on the report.
The event is organized annually by Palestinian artists in an effort to preserve Palestinian cultural identity and folklore in the face of Israeli measures to Judaize the city.
Israel occupied east Jerusalem, in which the flashpoint Al-Aqsa Mosque is located, during the 1967 Middle East War. It formally annexed the entire city in 1980, claiming it as its capital, a move never recognized by the international community.
Turkey rejects Israeli measures against Palestinians living in east Jerusalem and recognizes the holy city as the capital of the Palestinian state.
Israel's policy to deter Turks from visiting Jerusalem where Muslim sacred sites are located has most recently targeted a group of Turkish tourists. In July 2018, the country denied entry to 72 Turkish citizens on the grounds that they did not have visas.
Jerusalem has seen a rising interest among Turkish visitors, especially after the controversial U.S. decision to relocate its embassy to the city. Showing solidarity with the Palestinians against the Israeli occupation of east Jerusalem, where the sacred Muslim sites Al-Aqsa and the Haram al-Sharif are located, Muslims, particularly Turkish citizens, have been flocking to the city. Israel's informal policies of deportation, visa rejection, arbitrary detention and unreasonable delays for Turkish nationals at airports have failed to discourage hundreds.
Last Update: Dec 20, 2019 2:18 am
RELATED TOPICS