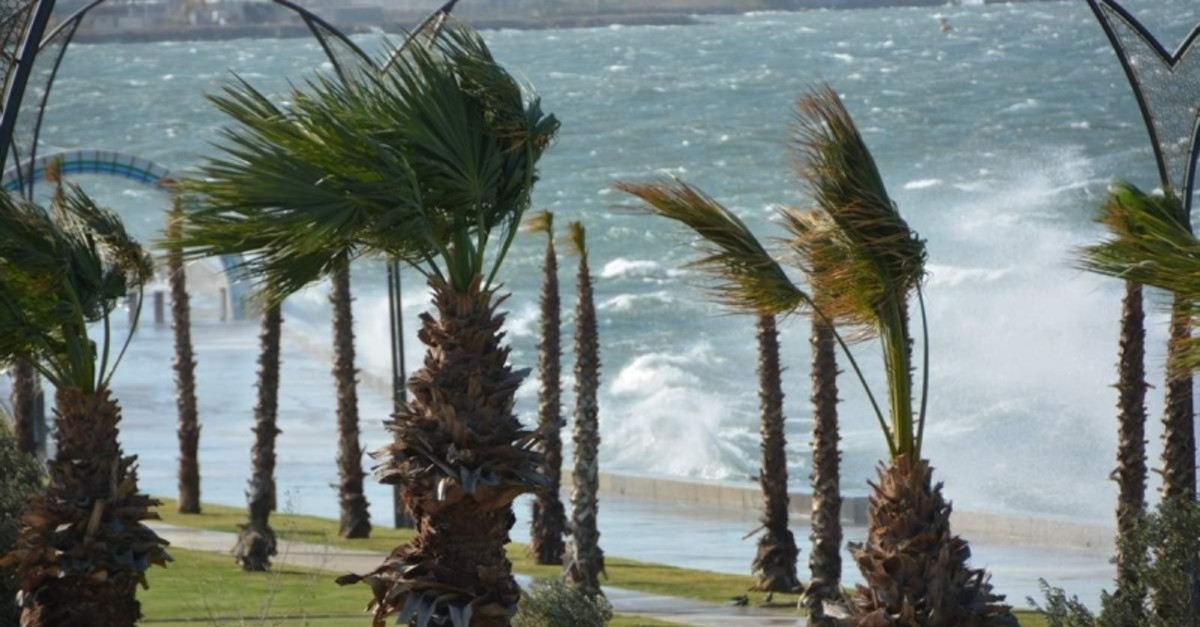 Turkey’s General Directorate of Meteorology recently initiated a color-coded system to warn citizens about strong meteorological events, and the first red warning was issued for excessive rainfall and storms expected in southern Turkey on Wednesday and Thursday.

A statement by the country’s weather forecasting body said the downpour that started in Antalya province on Tuesday is expected to intensify in the city center and in the Serik, Kemer, Kumluca and Finike districts. Around 100-250 kilograms of rain is expected to fall per square meter in the districts. Rainfall across neighboring Muğla and Aydın provinces is also expected to gain strength.

The rainfall expected in the eastern parts of Burdur province and the southern parts of Isparta will also increase, the statement said.

In Turkey's western Mediterranean region, strong winds from the south and southeast are expected to gain strength, and a heavy storm from the east and northeast is expected to batter the eastern parts of the region.

It is estimated that the storm will die down Thursday afternoon in the western regions while remaining effective in the eastern regions until the early hours of Friday.

Officials warned citizens about possible floods, lightning and tornadoes that may occur along the coastal Mediterranean region.