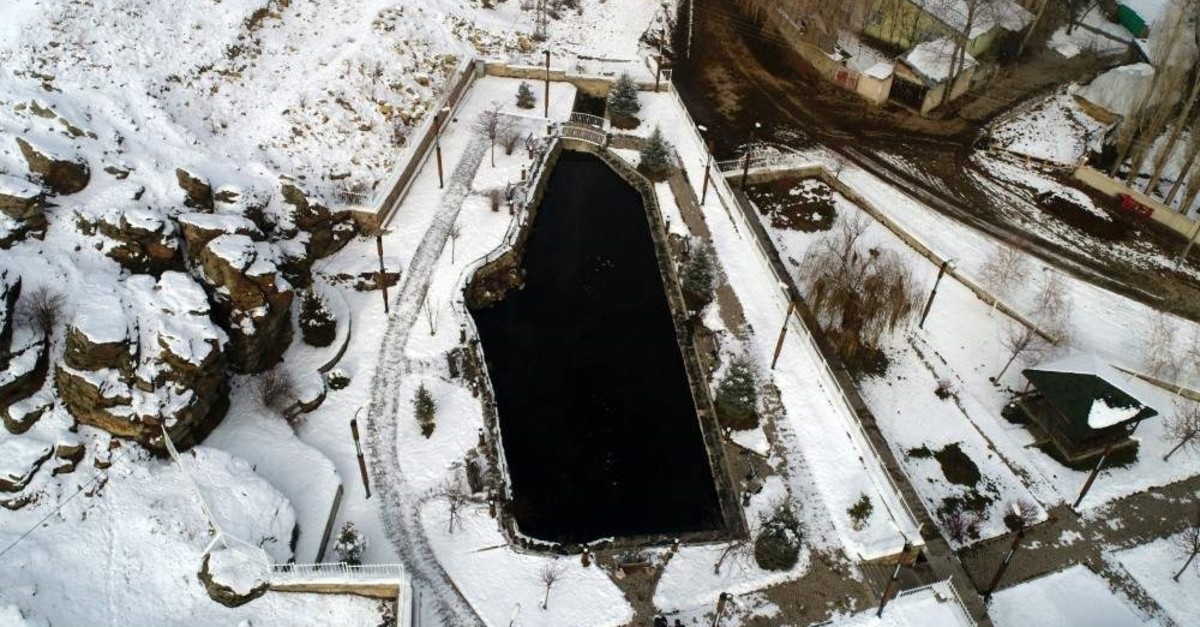 A legendary lake in eastern Turkey's Erzurum province does not freeze despite the region's frigid winter temperatures. (IHA Photo)
by Daily Sabah with IHA Dec 10, 2019 2:03 pm

A lake in one of Turkey's coldest provinces, Erzurum, has been the subject of many local legends because it does not freeze despite frigid winter temperatures that plunge below minus 30 degrees Celsius.

The temperature of the lake, located in the Söğütlü neighborhood of the region's Aziziye district, does not fall below 18 degrees even though nearby rivers and streams freeze at minus 5 degrees.

Fishing is forbidden at the lake, which is home to various species of fish, and the lake’s fish that die of natural causes are buried in special cemeteries nearby in accordance with local legends and superstitions.

According to one of the popular legends on the lake’s mysterious history, Russian soldiers died after eating fish from the lake during the Ottoman-Russo wars. Other legends say the fish in the lake are sacred and for that reason, fishing is forbidden.

The lake's water is said to be beneficial for alleviating rheumatism pain. Reports claim not a single person suffers from rheumatism in Söğütlü's local population of 1,100.

Seyfettin Küçükler, the local headman, said no matter how cold the weather is, the lake never freezes, adding that researchers from Atatürk University have come to see the lake but have not been able to discover anything about its mysteries or the source of its water.