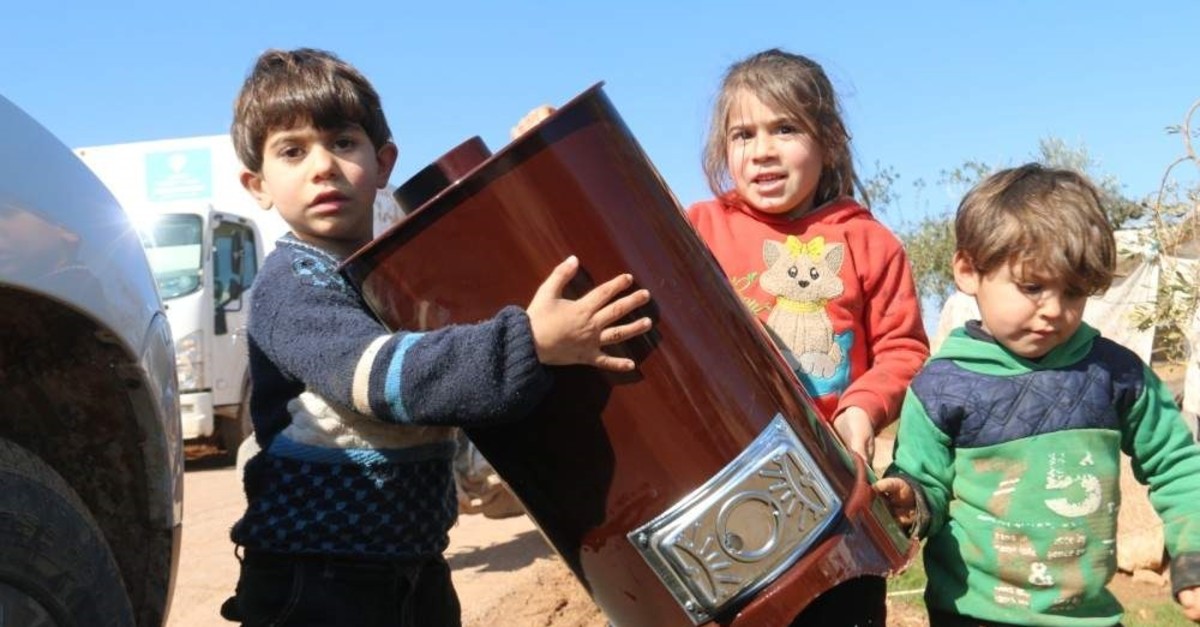 The charity group distributed heating stoves to families living in refugee camps in the area amid the harshening winter conditions.

TDV Syria Coordinator Mustafa Erdem said in the statement that the refugees living in the tent camps in Syria are expected to face more difficulties during the winter, adding that many refugees in those camps are trying to warm themselves using primitive methods.

Erdem said that they prioritized crowded families and orphans while they were distributing the stoves.

He also noted that the TDV provides hot meals for 15,000 people every day in Azaz, along with the distribution of 70,000 food and clothing aid packages.