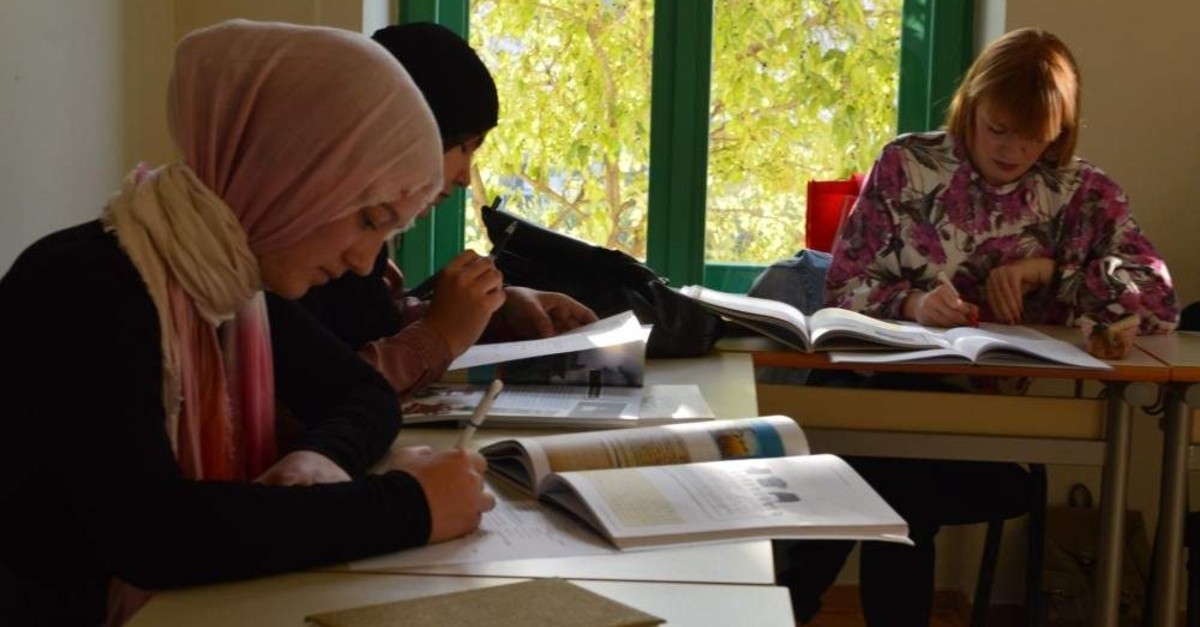 Turkey's cultural diplomacy goes a long way as the country seeks to reemerge in the international community with its soft power. Language and culture are key for those efforts, and state-run Yunus Emre Institute (YEE) plays a major role in promoting the Turkish language and culture abroad.

In the Balkan countries, with which Turkey has maintained close ties rooted in historic connections dating back to the Ottoman era, Turkish education programs are growing amid expanding interest. Turkish is now the most preferred foreign language after local languages in the Balkan countries, primarily Bosnia-Herzegovina, thanks to the YEE, and has made it into local curricula as a selective course. So far, 20,000 people have benefited from Turkish language education.

The head of the Sarajevo YEE Center, which is the first of its kind in the world, said they worked to reach out to as many people as possible and have given certificates to 5,000 people who have completed the Turkish courses in the last few years. Mehmet Akif Yaman said they teach the language in 160 public schools, from grade schools to universities. "Turkish is now the second foreign language taught in seven of the 10 cantons of Bosnia-Herzegovina. The Balkans really support this project. In Bosnia-Herzegovina alone, we are seeing a rising admiration for Turkish. We even recruited 80 locals as Turkish teachers," he said.

Authorities in Bosnia-Herzegovina recently adopted a new decision to boost Turkish education, and it will now be taught in nursery schools to children starting at age 3. The YEE also reaches out to gifted children and scouts schools for students skilled in arts, sports and academic knowledge to teach them Turkish.

Halima Kekic, a local who attended Turkish classes, said she is a fan of Turkey. "Turkish and Turkey is a common heritage of our ancestors. I have been visiting the institute for about four and a half years (to learn Turkish and Turkish culture), and I am now studying Turkology," she said.

Eldina Memic learned Turkish at the age of 40. "I was impressed with the Turkish president's support and admiration for Bosnia-Herzegovina," she said. Memic went on to become a Turkish language teacher and now teaches fellow Bosnians from all walks of life. Dzemal Pecar, a student who is studying to attend a Turkish university, said the country has a special place in the hearts of the people of Bosnia-Herzegovina.