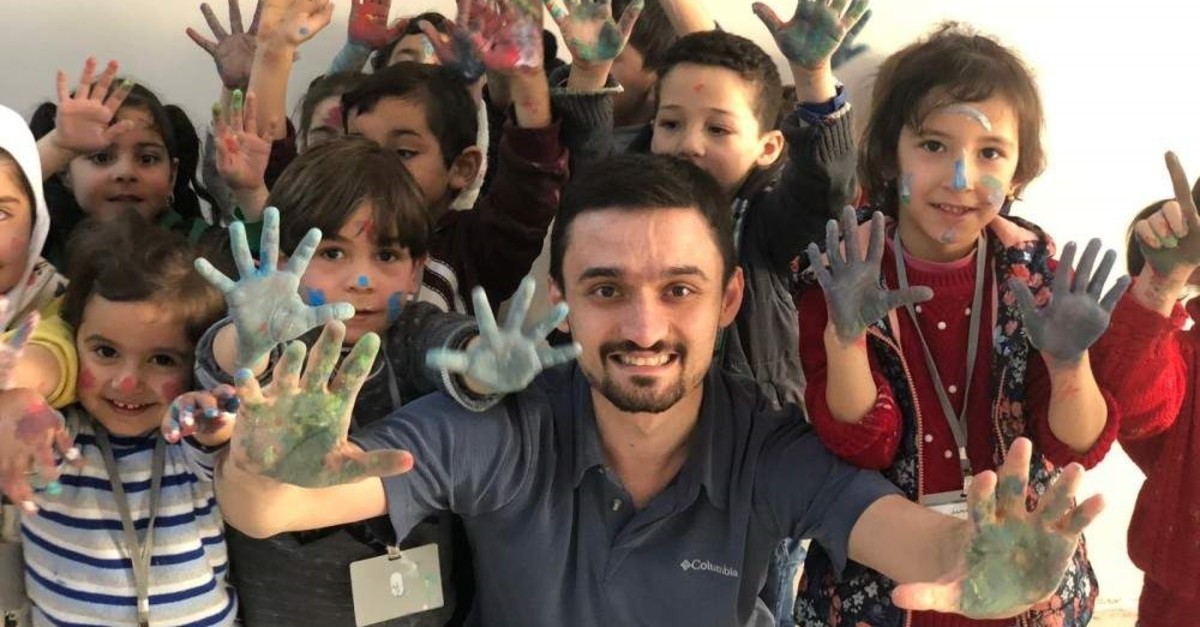 by Daily Sabah with AA Dec 22, 2019 5:52 pm
The Young Red Crescent, the youth wing of the Turkish Red Crescent, aims to raise awareness and teach young people about the virtues of volunteering and offering aid. The group has been amassing an impressive number of recruits, with the number of volunteers reaching around 60,000.

Speaking to Anadolu Agency on Sunday, Young Red Crescent Founding President Emre Koç said the organization has been scouring universities across Turkey to spread awareness among the students and ramp up recruitment campaigns.

According to Koç, the organization also aims to teach young people about solidarity, cooperation and compassion regardless of cultural, racial and religious differences.

"Today, we officially have 60,000 active volunteers at the Young Red Crescent. When our volunteers go out into the field, we will be mobilizing up to 250,000 with the local assets," Koç said, adding that 55,000 of volunteers were stationed in Turkey, while the rest were split equally between the Turkish Republic of North Cyrpus (TRNC) and Kosovo.

Talking about the recruitment process, he said volunteers could apply through the organization's website, adding that new members would be first taught about the history of Red Crescent and Red Cross movements and then trained on first aid and disaster response.

Founded as a small charity in 1868, Turkish Red Crescent evolved over the years, eventually becoming an international humanitarian organization. It was originally established by a group of physicians as the "Society for Aiding Wounded and Ailing Ottoman Soldiers." Over the years, it has been relabeled the "Ottoman Red Crescent Society" (1877), "Turkey's Red Crescent Community" (1923) and the "Turkish Red Crescent Community" (1935) before landing on its current name in 1947. Its name in modernized Turkish, "Kızılay" was given to the institution by Mustafa Kemal Atatürk, founder of the Turkish Republic.

Today, it is the largest humanitarian organization in Turkey, with an international network to help other nations in need. The charity stepped up international activities in recent years, shedding its image of focusing mostly on humanitarian aid within Turkey.

In 2018, it reached out to 7 million people in 53 countries in request of humanitarian aid. Along with simple food packages for people from disadvantaged communities across the world, Red Crescent also provides accommodation and hygiene kits for those in need.
RELATED TOPICS