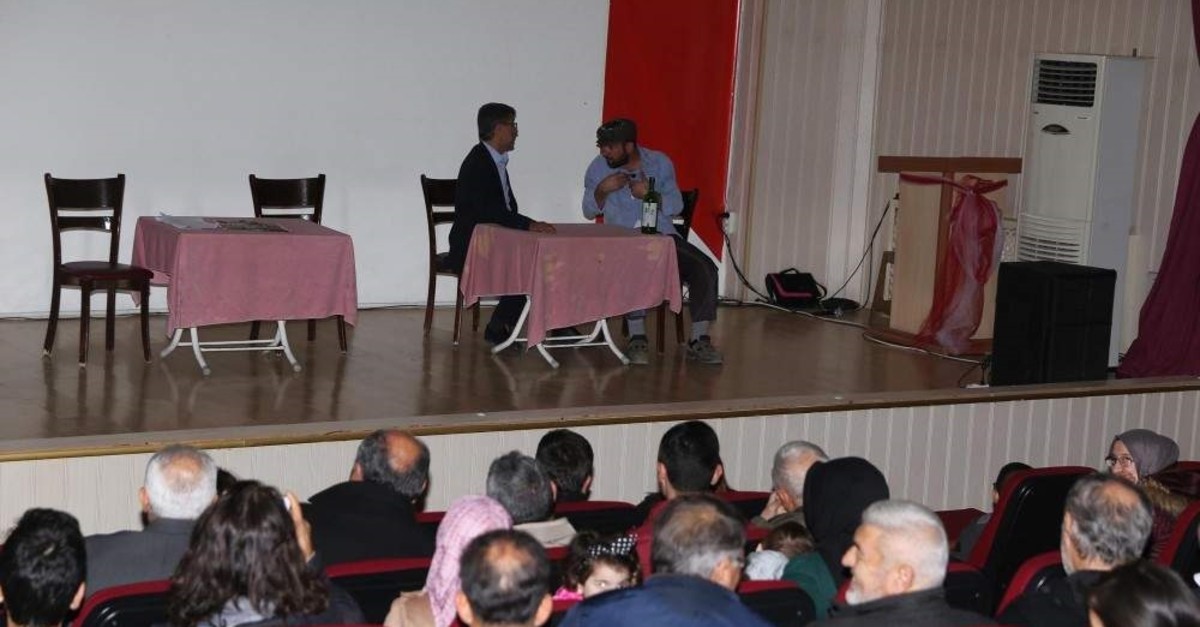 The imam and community of a mosque in western Turkey's Mu?la province staged a play to address social problems. (DHA Photo)
by Daily Sabah with DHA Dec 24, 2019 1:41 pm

The lives of locals in a district in western Turkey's Muğla province have been changing thanks to one mosque's imam, who devoted himself to the integration and well-being of the community through various social activities, including a theater play to address social problems.

Üzeyir Yıldırım, the imam of the Yeni Mahalle Mosque in Yatağan district, has been working in the district for 20 years and was assigned to the mosque five years ago.

The 56-year-old imam quickly made himself popular among the mosque community thanks to the close dialogue he established with the locals and the activities he initiated. The locals even gave him the name "the social imam."

For one of his recent initiatives, Yıldırım wrote a play named "Bizim Köyün Halleri (What's Happening in our Village)" that revolves around topics such as violence against women, bad habits and superstitions, aiming to create awareness on such problems.

The play was first staged in the Turgut neighborhood with a group of five chosen from among the mosque community.

Yıldırım noted that he has always been interested in theater and is now having the joy of staging their play, which is a product of seven months of hard work with the community, adding that the play will also be put on the stage in various places in the Muğla province, starting with the Muğla Sıtkı Koçman University.

Among the actors, mine worker Uğur Sunman said that his life had changed after meeting with the imam. Although Sunman was open about his addiction to drugs and his intention to quit before meeting the imam, some of his family members criticized him over the addiction and even ostracized him, while other wanted to help but could not do anything.

Sunman said that he was searching during those days, and this was the time when Yıldırım noticed him, noting that he really needed kindness and support.

"For me, the mosque is not only a place of prayer where you listen to sermons on Fridays but it also should become a social place," he noted.

The activities and the warm welcoming of the community along with his time spent in the mosque while praying and reading the Holy Quran became what helped Sunman to recover from his drug addiction.