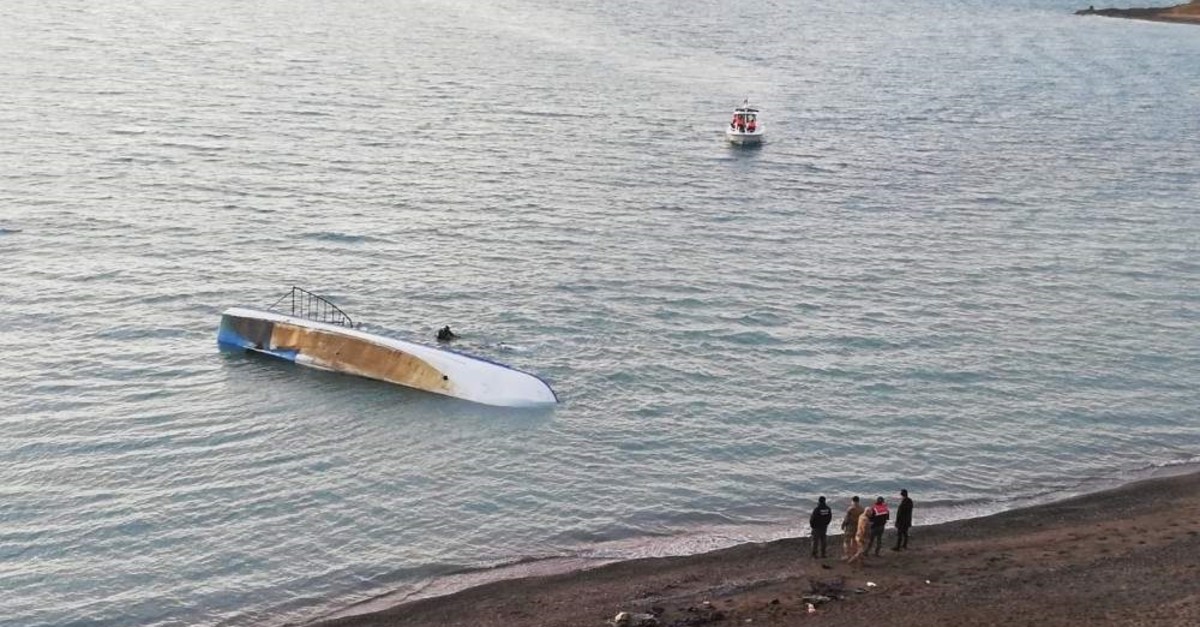 At least seven people were killed and 64 others rescued after a boat carrying illegal migrants capsized off Lake Van in the eastern province of Bitlis, Turkish authorities said Thursday. It is the first time a migrant boat sank in the lake, far from Turkey's western borders where illegal migrants amass to cross into Europe. Nevertheless, it was not the first tragedy to befall on the migrants.

In a statement, the office of the Van governorate said the boat capsized around 3 a.m. as it approached the shore. The migrants included Pakistanis, Bangladeshis and Afghans, it added. "According to the preliminary investigation, five migrants were killed on the scene. The death toll later increased to seven after two more succumbed to their injuries in hospitals. The 64 rescued were taken to nearby hospitals for health checks. Rescue teams and Disaster and Emergency Management Authority (AFAD) personnel are still searching for any remaining migrants. An investigation has been launched into the incident," the statement said.

Lake Van is littoral to the province of Van, which is situated near the border of Iran, a key point of entry for migrants from Asian countries such as Pakistan or Afghanistan. Migrants often take the land route to reach Turkey's western cities but authorities say human smugglers who brought the migrants chose to transfer them by water from Van to Bitlis on the western shore of the lake to avoid increased security checkpoints on the land route. Security forces have recently increased patrols on the routes leading to the lake, clamping down on human smugglers.

Abdulbari Munnib, an Afghan survivor of the incident, told reporters at the scene that there were "about 100 people" aboard when they boarded the boat early Thursday. "The boat was some 100 meters away from where it stands now [before the incident]," Munnib said, pointing to the site of the accident. "When the engine caught fire, everybody was scared and they stood up. The boat leaned to the left when everyone stood up and it tilted. People were scared and everyone jumped into the water. The water level was up to our necks," he said. Munnib said that there were only men aboard the boat as well as one young child, who survived the incident. "I saw someone lying on the shore, he was dead," he said. Munnib claimed there were also Syrians, Indians and Iranians among the migrants but he did not know everyone. "We did our best to save as many people as we could," he said.

Munnib said there were "more people" at the back of the boat and there "may be more in the lake." Divers and search and rescue teams scoured the lake for bodies or survivors Thursday. He said that he was among a group of 30 people who were taken by a minibus to a gas station near the lakeshore before boarding the boat.

Necati Gürsoy, mayor of Adilcevaz district of Bitlis, where the incident took place, told reporters that the scene was "horrible." "There was a struggle for life when I came here," he recounted. "These people risk everything and travel for thousands of kilometers to get here from Pakistan, Afghanistan and Bangladesh. They travel into the unknown in pursuit of salvation. It is really tragic," he said.

Turkey has been a key transit point for illegal migrants aiming to cross into Europe to start new lives, especially those fleeing war and persecution. In 2019, 441,532 illegal migrants, fleeing war or persecution were held in Turkey, according to the Interior Ministry. Occasionally, their journey ends when they are caught. In other times, deadly accidents like the one Thursday, claim their lives. Most deaths occur in the Aegean Sea when overcrowded migrant boats capsize. This year, 34 people died in boat accidents involving illegal migrants according to official figures by the Turkish Coast Guard, a relatively low number compared to the 93 who died last year. On June 18, 17 people were killed when a bus carrying illegal migrants overturned in Van.

Illegal migration has been a priority for Ankara in recent years, especially after the conflict in neighboring Syria forced more than 3.5 million people from the country to take shelter in Turkey. Including Syrians, Turkey hosts about 5 million migrants and more than 1 million migrants live in Istanbul alone, the country's most populated city. An average of more than 75 migrants are intercepted on a daily basis, and authorities say it is low compared to the 9,000 held every day a few years ago.

Still, the issue remains concerning, especially in the eastern provinces like Van. Despite cold weather that sometimes extends into summer, migrants walk for days in the rough terrain dividing Iran and Turkey, often with little food and water, to reach Turkey. At least three frozen bodies were found in a rural part of Van near the border in April, thought to be migrants who froze to death in winter. The bodies were found only after the heavy snow in the area thawed months later.