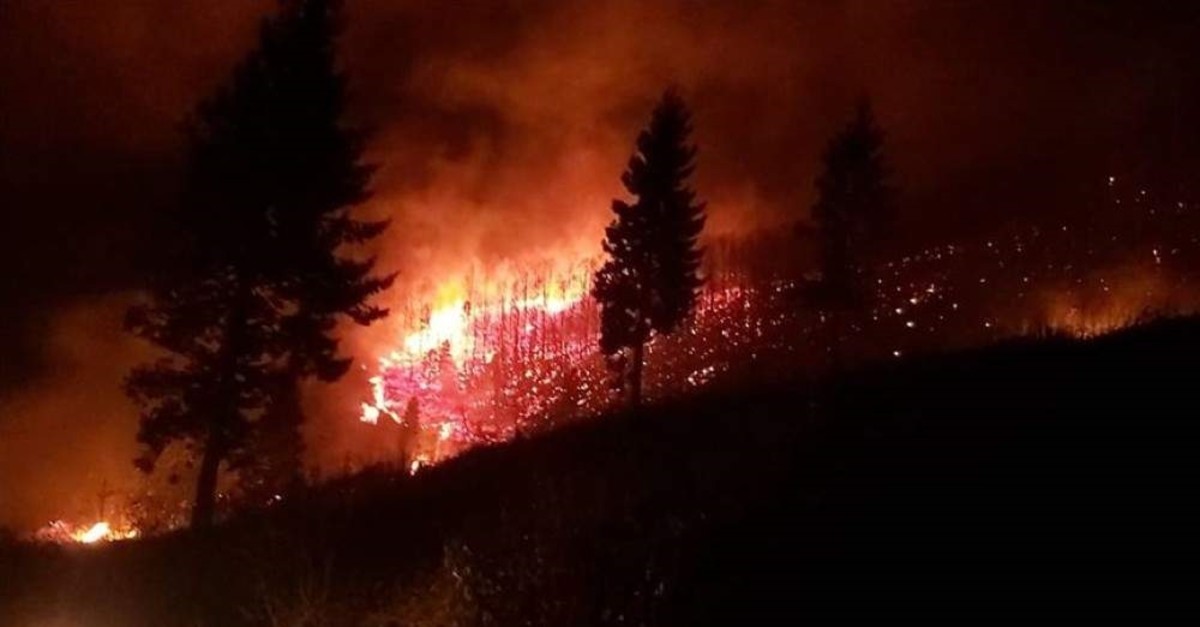 Hundreds of firefighters were dispatched across the Black Sea region to control the wildfires. (AA Photo)
by Daily Sabah Dec 26, 2019 5:06 pm

Dozens of wildfires that wreaked havoc on the Black Sea region have been brought under control after a 65-hour effort by firefighters, Minister of Agriculture and Forestry Bekir Pakdemirli said Thursday.

Speaking at a press conference, Pakdemirli said a total of 87 fires were brought under control, including those in neighboring cities. The incident initially began as a bush fire in Trabzon on Dec. 23.

Pakdemirli said 700 firefighter personnel with 200 vehicles were involved, adding that the teams were still involved in cooling down efforts. The minister also explained that gusts reaching up to 170 kilometers per hour (105 mph) helped the fires spread.

According to the minister, 280 hectares of land were damaged due to fires, including 10 hectares of hazelnut farms.

Demir said the Black Sea, Turkey's most rainy region, has been going through a dry spell for the last three months. "We started to face the consequences of global warming more severely in the past years, especially in the Black Sea region. It is a well-established fact that most parts of Turkey have seen a severe lack of rainfall in October, November and December," he said, adding that Turkey has received only half of the average seasonal rainfall.

Calling for urgent precautions, Demir warned that further dry periods could bring what experts call a "winter drought" that could risk the region's large number of farms.

Turkey has been battling against drought and deforestation, being the third-best country in the world in adding forestland, after China and India, according to the Agriculture and Forestry Ministry. Over the last 30 years, Turkey has increased its forestland by 6%.