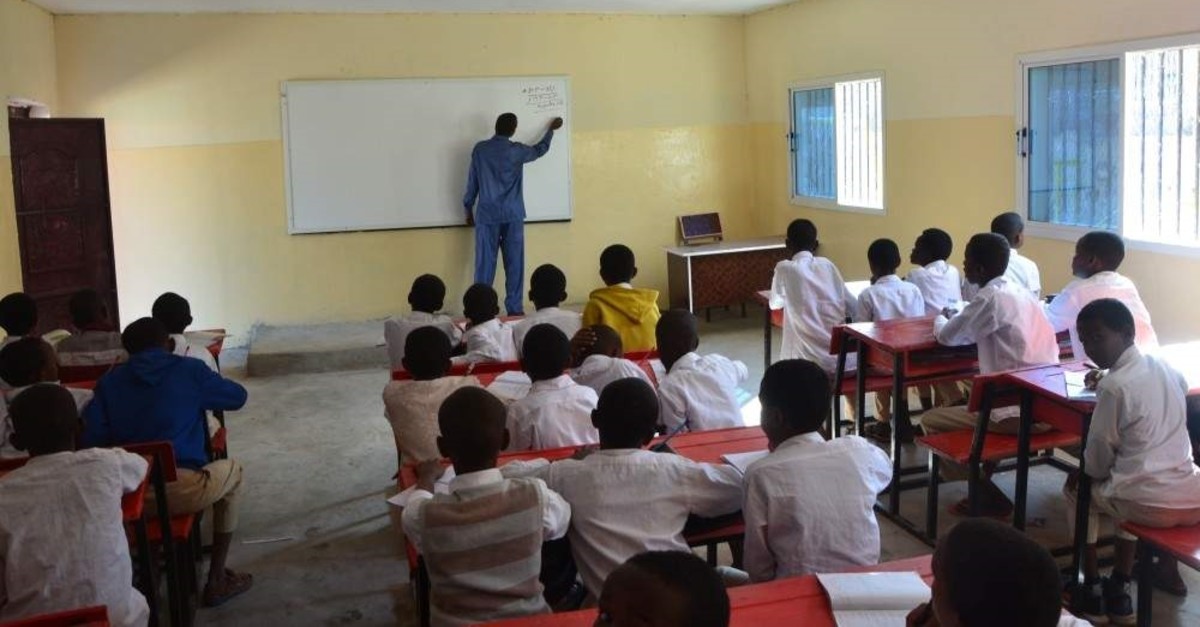 Turkish Cooperation and Coordination Agency (TİKA) renovated and refurbished one of the largest grade schools in Somaliland. Sixteen classrooms and teachers' rooms in Fadumo Bihi school in Hargeisa were renovated by the development aid agency.

The school was reopened with a ceremony Friday, with the participation of TİKA officials, Turkish diplomats and Somaliland officials.

Speaking at the ceremony, TİKA's Mogadishu Coordinator Galip Yılmaz said that the agency has been working to create projects for the "brotherly" people of Somaliland since 2011. "We implemented various projects across Somaliland and are pleased to help even a little for education here," he said.

Fadumo Bihi, for whom the school is named after, was among those attending the ceremony. She thanked TİKA and the people of Turkey for renovating the school. Bihi was a victim of Somali's civil war and lost her legs when she stepped on a landmine in 1988 while she was a child. She had asked the place where she lost her legs to be the site for a future school and the school named after her was built in 1996.