All measures taken to ensure safety on New Year's Eve 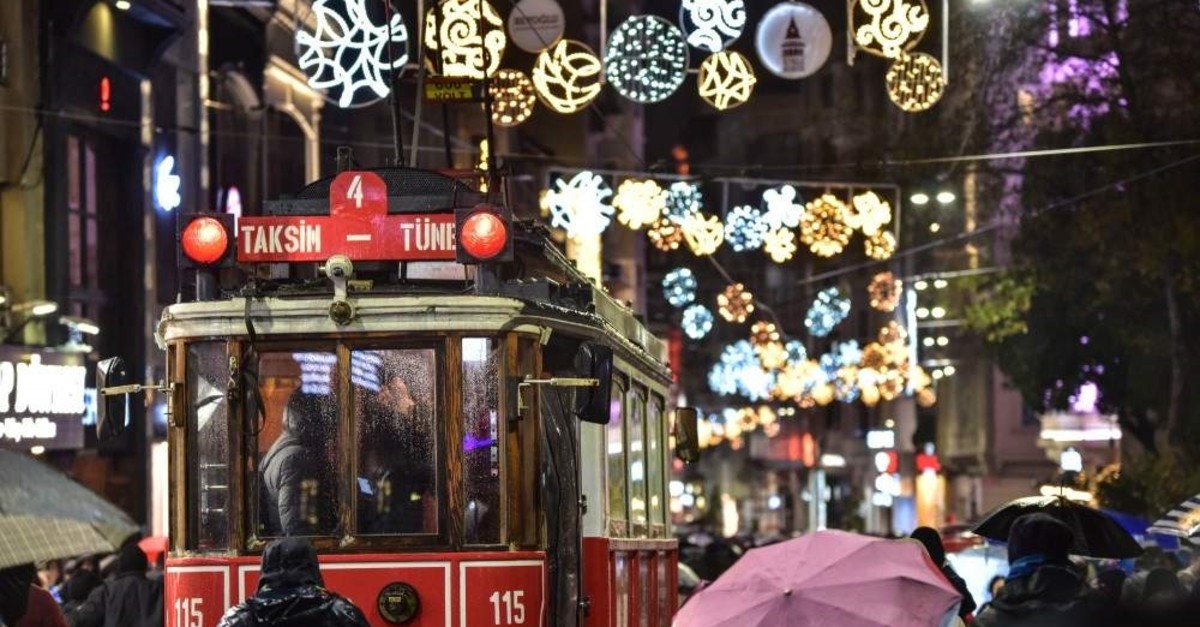 Taksim Square will be the main gathering place for those looking to welcome in the New Year in Istanbul. (DHA Photo)
by Daily Sabah Dec 29, 2019 7:13 pm

As Turkey prepares to host New Year's Eve celebrations across the country, the Interior Ministry is preparing to deploy hundreds of thousands of security personnel to ensure safety and order during the festivities

More than 300,000 security personnel are to be deployed across Turkey to ensure order and safety during this year's New Year's Eve celebrations, the Interior Ministry announced Sunday.

According to the ministry, 233,723 police forces and 83,398 gendarmerie personnel will be on active duty across major cities and towns across the country, assisted by more than 700 air and sea craft.

In a notice sent to governor's offices across the country, the ministry ordered all provinces to increase security on public buildings and warned cities that see a high volume of winter tourists to take necessary precautions at airports, train stations and bus terminals.

Ski tourism has been on the rise in Turkey over the past two years, according to tourism sector professionals, making Turkey a burgeoning skiing holiday destination. Last year about 6 million local and foreign tourists, including overnight visitors, flocked to Turkey's skiing areas, a number expected to reach 6.5 million this year.

In joint cooperation with municipalities, the ministry will also oversee road safety conditions in, particularly colder provinces dispatching large numbers of traffic police in cities to curb drunk driving after the celebrations.

The ministry said around 60,000 security personnel force, along with some 800 vehicles would be deployed in Istanbul, where security measures were already raised to the highest level as a precaution as the city hosts the country's biggest celebrations.

Taksim Square, situated at the heart of Istanbul, is the most bustling gathering place for those looking to welcome the New Year with their fellow Istanbulites. However, the square is also the focus of heavy security measures, with a New Year's Eve terrorist attack on Istanbul's Reina nightclub three years ago still fresh in the mind of many.

Early on Jan. 1, 2017, a Daesh gunman shot his way into the then-popular Reina nightclub where hundreds were celebrating the New Year, killing 39 people and injuring 79 others. The shooters, Uzbek-born Abdulgadir Masharipov, admitted to the police in his testimony that his original plan was to carry out an attack on Taksim square.

In previous years the Istanbul Police Department has even deployed mounted police, a relatively new addition to the force, to ensure order in the pedestrianized square.

The Interior Ministry also said checkpoints would be established across the country in line with security precautions aimed at identifying irregular immigrants trying to cross into Greece while the focus is retained on the festivities.

Meanwhile, the ministry also announced simultaneous operations across Turkey ahead of the date, with more than 70,000 security forces personnel having rounded up at least 1,320 suspects in Operation Safety and Peace. According to the ministry, 4,268 liters and 4,620 bottles of bootleg liquor were also seized in the operation. With the fast-approaching new year's eve, the ministry has cracked down on bootleg liquor.

On Dec. 24, a record haul of 256 tons of bootleg liquor and hundreds of thousands of bottles, bottle caps, labels and fake tax stickers were seized in simultaneous operations taking place across several Turkish provinces.
RELATED TOPICS