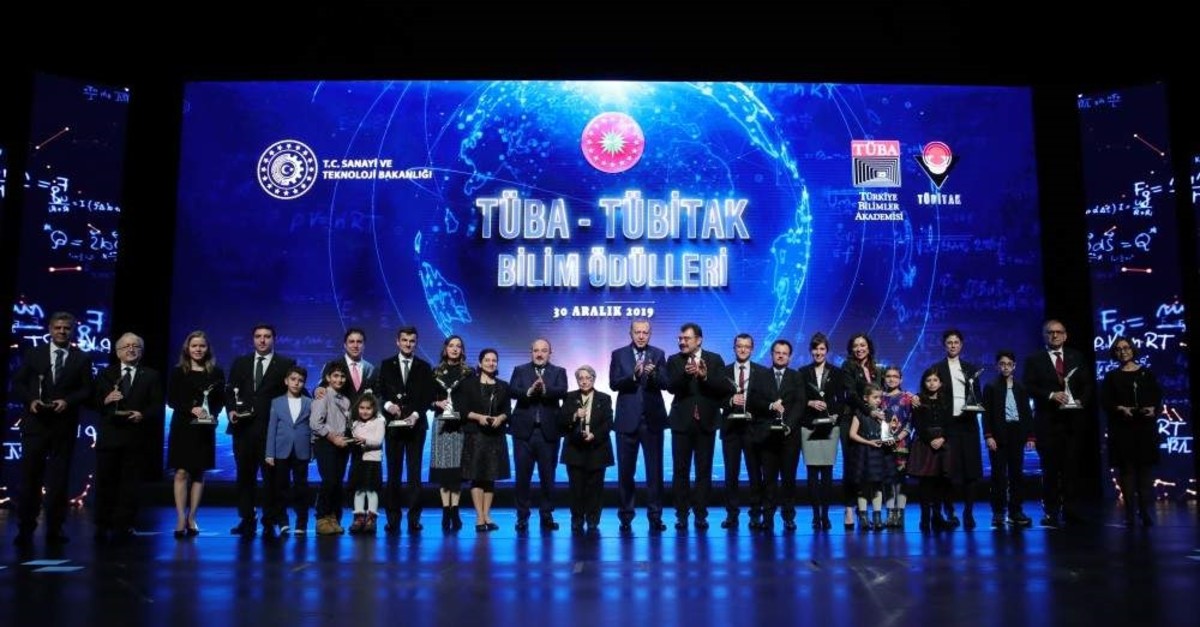 Foreign and Turkish scientists were honored for their outstanding work in their fields in Turkey's prestigious Scientific and Technological Research Council of Turkey (TÜBİTAK) and Turkish Academy of Sciences (TÜBA) awards. President Recep Tayyip Erdoğan handed out the awards to young scientists and veteran researchers at a ceremony at the presidential complex in the capital Ankara Monday.

Ragep, a U.S.-born academic from Canada's McGill University, was awarded for his work in social sciences. TÜBA said Ragep was recognized for his studies in Islamic science history, particularly his research on how the works of top Muslim astronomers like Nasiruddin Tusi and Ali Kuşçu reached Europe and influenced the astronomy of Copernicus.

Bejan, a Romanian-American professor from Duke University, North Carolina, United States, was recognized for his works in thermodynamics and developing "constructal law."

Both scientists were given the Academy Medal and a prize of about $30,000.

TÜBA also gave Fuat Sezgin awards for two Turkish academics, Professor Atilla Bir and Professor İhsan Fazlıoğlu. Professor Fuat Sezgin, who died in May, was an honorary member of TÜBA and is known for his academic research on Islamic history, particularly the work of Muslim scientists. Atilla Bir was awarded for his contribution to the modern interpretation of classical era Islamic science and technology while Fazlıoğlu was recognized for his work on science history. Halil Tekiner received the distinguished young scientist award while El-Cezeri Museum and Encyclopedia of Islam received special awards.