5 power plants shut in Turkey for not completing environment protocols 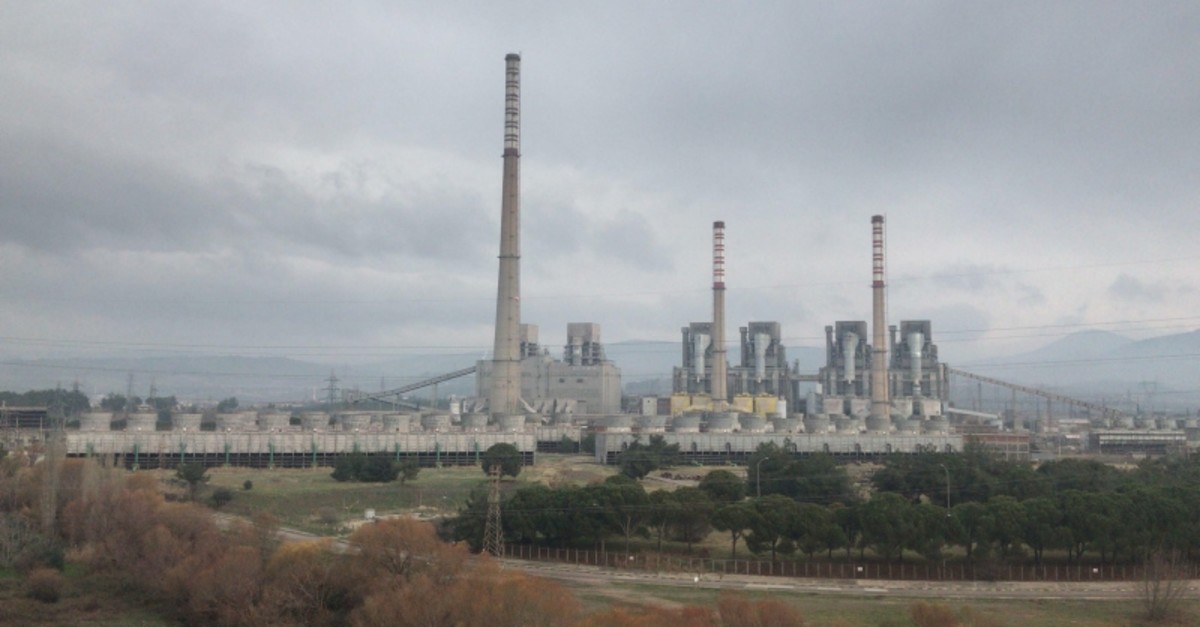 Turkey completely shut down five thermal power plants and partially closed one other for failure to comply with the law to install filters, authorities said Wednesday.

"The power plants that were shut down will not be allowed to operate until they complete the environment protocols," he said.

On Dec. 3, President Recep Tayyip Erdoğan vetoed a law that would have delayed the installation of filters on thermal power plants.

Across Turkey, 52 thermal power plants fueled by coal and lignite operate. In 2013, the government provided a period of nearly six years for the plant operators to complete the necessary environmental investments as required by law. The grace period expired on Dec. 31, 2019.

The Environment and Urbanization Ministry and Energy and Natural Resources Ministry set up a joint committee for inspecting the environmental investments of the thermal power plants. The two ministries also met with the representatives from the operators of the thermal power plants, warning them to take the necessary precautions to eliminate any threat to public health.

Thermal power plants in Afşin, Seyitömer, Tunçbilek, Kangal and Çatalağzı will no longer operate, Kurum announced. These plants had been operated by Konya Şeker, Çelikler Holding and Bereket Enerji.

The thermal power plants were shut down because their report submitted to the ministry failed to provide cleaning filter installations, emission measurement systems and the necessary waste arrangements, the minister explained. “The plants that have completed their environmental investments have been granted a temporary operating license, including one in Afşin, Çayırhan, Orhaneli and Yatağan. These plants are required to apply to the Environment and Urbanization Ministry to obtain the necessary licenses within six months. The ministry will examine the operations of these plants on a 24/7 basis. In the case they fail to comply with the law, their operations will be terminated,” Kurum said. Three plants in Kemerköy, Yeniköy and Çan received their environmental licenses and operation permits.

Kurum also emphasized that the ministry will monitor all the thermal power plants through online emission measurement systems.

Shut down will not affect power supply

Energy and Natural Resources Minister Fatih Dönmez said the average hourly power output of the thermal power plants is 1,883 megawatts. "We have enough reserve capacity to balance it with other plants," Dönmez said.

"Closing these power plants or halting their production for a certain period of time will not pose any problems to our energy supply. With our installed power of over 90,000 MW and our diversity of resources, our electricity supply will continue uninterrupted," he added.

The energy minister underscored that Turkey meets 62% of its electricity demand from local and renewable resources. “Thanks to the increasing energy investments in the last decade, Turkey has no problem with energy supply security,” Dönmez remarked.

The minister further indicated that the efforts to ensure a competition-based energy market dominated by free-market rules continue at full speed. While a foreseeable energy market with no supply interruption is evolving in Turkey, public health is also a top priority, the minister added.

In the global market, coal has been the top energy resource. However, the worldwide commitment to low carbon energy investments has also intensified renewable and natural gas investments.

In 2006, Turkey generated 74% of its electricity from thermal power. Over the years, the country expanded its share of natural gas in power generation with limited development in renewable resources. In 2009 and 2013, for instance, natural gas cycling plants generated 50% and 43% of Turkey’s electricity, respectively. However, in the last couple of years, renewables, including hydroelectric power plants, solar and wind plants, accounted for more than 20% of the country's total electricity generation.