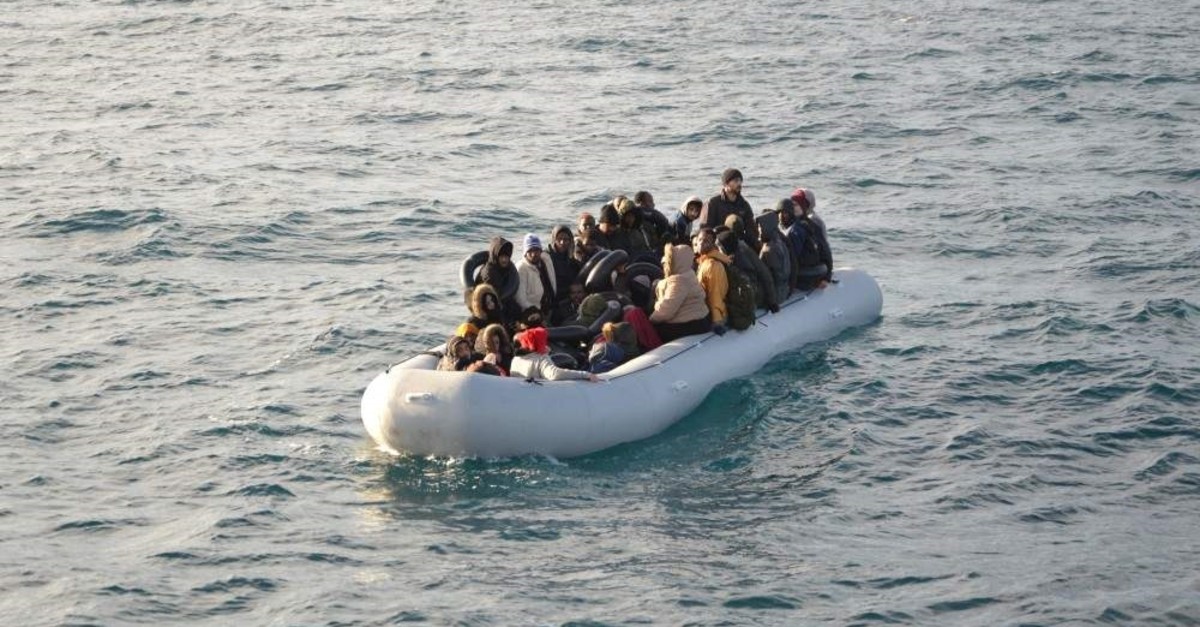 Four people were killed and another one went missing Sunday after a boat carrying illegal migrants collided with a Turkish Coast Guard boat off the shores of Izmir.

Fifty-six migrants, whose nationalities are yet known, were traveling from the shores of the western province's Dikili district to nearby Greek islands. The Turkish Coast Guard Command said in a written statement that the boat was "traveling without safety precautions" when it collided with a small rubber boat of the Coast Guard patrolling the area.

Search and rescue crews discovered four bodies at the scene while 18 among the 51 survivors were hospitalized. Four boats and a helicopter were deployed to the area to find the missing person.

It was the second fatal incident involving illegal migrants on Turkey's Aegean shores in three days. On Friday, eight migrants died and seven others went missing after a boat carrying them sank off the coast of Fethiye, south of Izmir.

In the past five years, 654 illegal migrants en route to Europe from Turkey have either drowned or died of hypothermia. The highest death toll in a single year was in 2015 when 279 people died. The number dropped to 192 in 2016, and 56 in 2017, before rising to 93 in 2018. In 2019, 34 illegal migrants died at sea. On Dec. 26, seven migrants died when their boat sank off the coast of Lake Van in eastern Turkey while they were trying to get around a checkpoint.

Sandwiched between Asia and Europe, Turkey has been a popular route for migrants for centuries but the refugee influx reached unprecedented levels in the past decade. More migrants are looking to cross into Europe to start new lives as conflicts and worsening economic conditions in less developed countries push them toward the Western countries from Asia and Africa. Some migrants can make the dangerous journey over land or sea with the assistance of smugglers who often abandon them, especially during sea journeys, after charging thousands of dollars for each passenger. Others are stopped by Turkish security forces before crossing the border into Europe.

The Greek islands near Turkey's Aegean shores are the preferred destinations of migrants heading to Europe. However, journeys aboard unsafe, overcrowded boats sometimes steered by inexperienced migrants often turn out deadly. Some desperate migrants still take the route even in winter, when a safe journey through the Aegean is nearly impossible. Figures show the Turkish Coast Guard stopped 37,130 people in 2016, while the number dropped to 21,937 in 2017 and rose to 26,678 in 2018.