A rocky year for earthquake-prone Turkey with over 23,000 tremors 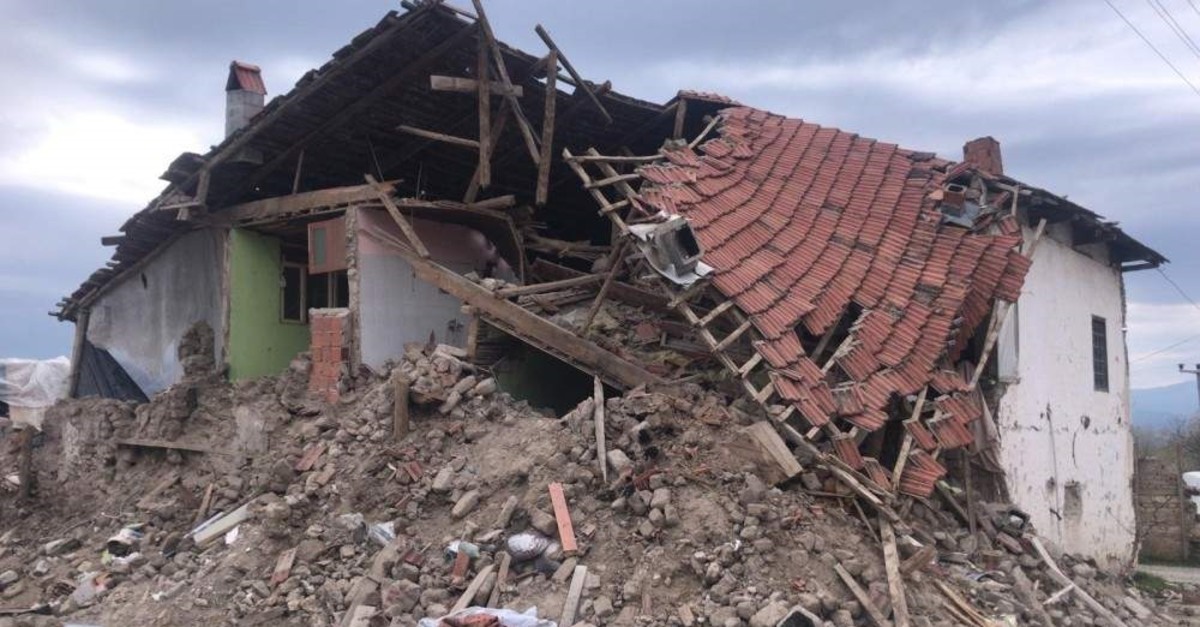 Earthquakes remain a constant threat for Turkey which sits on active fault lines. In 2019, 23,380 earthquakes occurred in Turkey and its immediate regions and 180 people were injured. The number is relatively higher compared to the 15,352 earthquakes in 2018.

Figures by Disaster and Emergency Management Authority (AFAD) which operates the 1,100 earthquake monitoring stations throughout the country include an unspecific number of earthquakes which were felt in the country as well, including tremors in Greece, Bulgaria, Iraq, Syria, Iran, Georgia, Azerbaijan and Black Sea, Mediterranean Sea and Aegean Sea the country is littoral to.

The majority of earthquakes concentrated in the south of the Aegean region where Turkey's popular holiday destinations are located, Anadolu Agency (AA), which compiled the numbers of earthquakes, reported. The region is also in close proximity to numerous Greek islands. Other earthquakes took place along the North Anatolian Fault (NAF) and East Anatolian Fault line.

The biggest earthquake was in the western province of Denizli. The province's Bozkurt district was rocked with an earthquake of 6.0 magnitude on Aug. 8. It was followed by a 5.8 magnitude earthquake in the Marmara Sea, with an epicenter some 20 kilometers off the shore of Silivri, a remote district on Istanbul's European side, on Sept. 26.

Turkey is among the world's most seismically active countries as it is situated on several active fault lines, and dozens of minor earthquakes and aftershocks occur daily. The most potentially devastating fault line is the NAF, where the Anatolian and Eurasian plates meet. A strike-slip fault that formed as the Anatolian plate was being pushed northwestwards by the Arabian plate, the NAF has produced devastating earthquakes throughout history.

More than 17,000 people were killed and over 43,000 were injured when a magnitude 7.4 quake rocked the Marmara region for 37 seconds in the early hours of Aug. 17, 1999, with its epicenter located in the province of Gölcük, some 75 kilometers southeast of the Bosporus. Three months later, on Nov. 12, 1999, 845 people were killed and nearly 5,000 injured when a magnitude 7.0 earthquake hit the province of Düzce, about 120 kilometers northeast of Gölcük. Those earthquakes paved the way for a massive overhaul to Turkey's disaster response and measures against earthquakes. To this day, the country still strives to keep risky areas safe against earthquakes with varying degrees of success. "Learn to live with earthquakes" was the motto of public campaigns following the 1999 disaster that taught millions of citizens how to act in case of an earthquake with safer evacuation methods. Nowadays, the country plans to expand awareness efforts with assistance from Japan, another quake-prone country more experienced than Turkey in measures against quake damage. AFAD, founded about one decade after the earthquake to ensure better responses to earthquakes and other large-scale disasters, spearheads the efforts to teach the public how to be prepared against the quakes. AFAD's Earthquake Simulation Center in the capital city of Ankara particularly caters to students in an effort to prepare younger generations against the disasters. Thousands of students are hosted at the center, where they experience an earthquake first-hand and are taught what to do in case of an earthquake.

Turkey also introduced Compulsory Earthquake Insurance commonly known as DASK [after the Natural Disasters Insurance Agency] following the 1999 disaster and today, 52% of houses have insurance that has paid TL 190 million to people who have suffered due to earthquake damage since its inception in 2000.