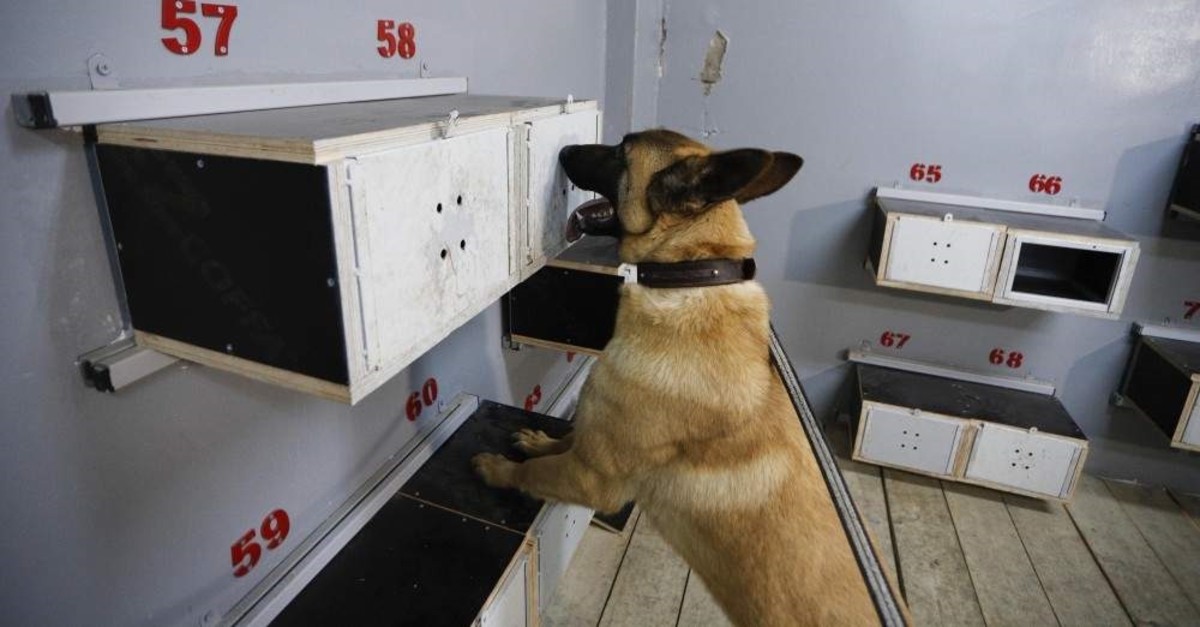 As smugglers come up with new methods to disguise smuggled goods, sniffer dogs remain one of the most reliable partners of customs agents. State-run Directorate of Customs officials say it was thanks to the dogs that they prevented 9 tons of drugs, 160 tons of tea, about 11 million packs of cigarettes and about 50 tons of tobacco, as well as $1.5 million and 90,000 euros from being smuggled into Turkey in 2019.

Just like their human counterparts, sniffer dogs undergo a strict training process to spot the smugglers and the goods they smuggle. At a training center in the capital Ankara, dogs specialize in spotting narcotics, currencies, tea, tobacco, guns and explosives no matter how well hidden they are. A total of 167 dogs have graduated from the training center since it opened in 2016.

Four-legged recruits are chosen from among a large number of dogs and start their training when they are 3 months old. They are first trained on how to act in noisy environments and uneven surfaces before their sniffing training. An average training session takes 15 weeks and every trainee returns to the center once every two years to refresh their training. Sniffer dogs are employed for 10 years before their "retirement." Retired dogs are then given to families who adopt them for the rest of their lives.

Uğur Yavuz, a trainer at the center, says he has trained 35 dogs in the center, and they now work in other branches of the directorate across Turkey. "We currently have 25 puppies here," he said. Yavuz says they mostly train Malinois, a variety of Belgian Shepherd, German shepherds and crossbred puppies of those two breeds. "We train them in five different fields. For narcotics, dogs are introduced to eight different substances and undergo a 14-week training. For explosives, they are introduced to 16 different substances," he says.

Yavuz says matching trainers and dogs is also important. "They are taught how to approach dogs and on communicating with animals. They are picked from among those that pass a test on those subjects. Every dog is matched with a trainer based on how well they get along. Once training is complete, they are paired for 10 years," he said.