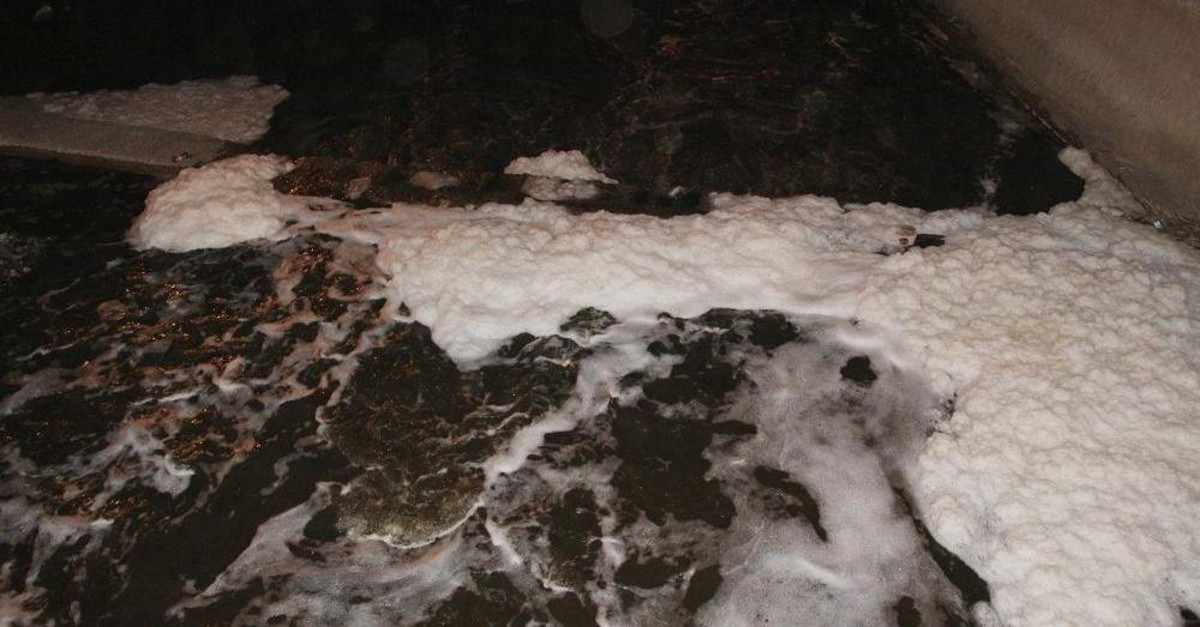 Locals suspect someone has been illegally dumping waste water into the creek. (DHA Photo)
by Daily Sabah Jan 12, 2020 7:48 pm

Locals living in Turkey's eastern Erzurum province called on authorities on Sunday to investigate a nearby creek for illegal waste disposal after foaming and mass fish deaths were reported in the stream.

According to locals, the Oltu Creek that runs through the district it was named after started foaming after releasing a foul odor for some time. The locals said the fish in the water were also dead.

Speaking to the Demirören News Agency (DHA), a local said this was the first time he has seen such a sight.

"I have been living in Oltu for years. I've never seen the creek like this. For the last two days it has been foaming up at night. We are curious if someone is dumping toxic waste at night. We urge authorities to investigate this as soon as possible and inform the public," Temel Vural said.

Another local said a foul odor and dead fish raised suspicions of illegal disposal of toxic or chemical waste into the stream. He also called on authorities to act swiftly and find out who is responsible.

"The creek releases a foul odor. Someone probably disposed of wastewater into the stream. Fish have been dying due to the foaming too. If this is the case, we call officials to find those responsible and punish them," Beycan Onat said.