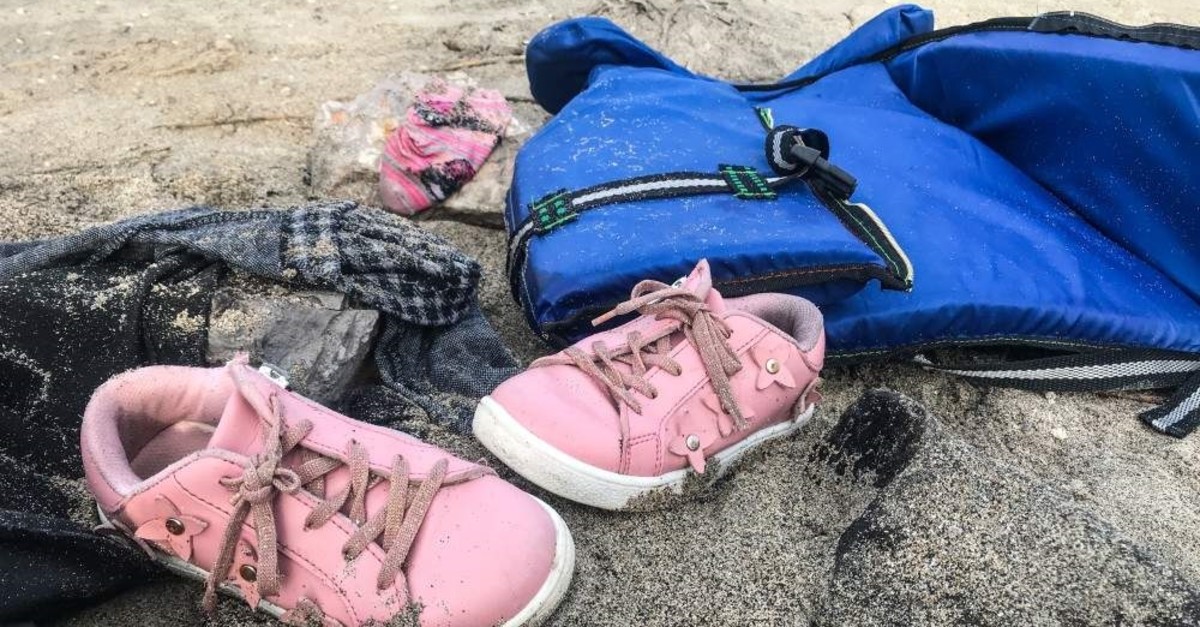 As Turkey continues its efforts to stop irregular migrants from crossing into Europe via dangerous routes, tragedy struck once again after 11 migrants died when their boat sank in the Aegean Sea

Turkish officials held 1.2 million irregular migrants and over 27,000 human traffickers over the past five years, recent data showed, as Ankara ramped up efforts to stop migrants from taking perilous journeys in hopes of a better future.

According to the Directorate General of Migration Management, Turkish authorities held a record 454,662 irregular migrants across the country in 2019. More than 200,000 of the migrants were Afghan nationals, while over 71,000 were from Pakistan. Syrians ranked third on the list with some 55,000 irregular migrants.

Some 60,000 of the migrants were held last year while traversing Turkey's seas, a perilous trek that often ends in deaths as the boats the migrants use cannot withstand the unpredictable conditions of the seas.

The latest migrant tragedy occurred on Saturday after at least 11 irregular migrants, including eight children, were killed when their boat sank in the Aegean Sea off the coast of western Turkey's İzmir province.

The Coast Guard Command said eight migrants were rescued from the wreck and taken to hospitals for treatment. According to the officials, coast guard units were alerted after people onshore heard cries for help coming from the sea.

Turkey has been a key transit point for irregular migrants aiming to cross into Europe to start new lives. According to Interior Ministry figures, Turkey hosted 4.2 million refugees in 2017. The number has now reached 4.9 million, of whom 3.6 million are Syrians.

Either fleeing poverty or prevailing conflicts, thousands arrive in Turkey every year to take their chance at illegally crossing into Europe. As a country with maritime and land borders shared with Bulgaria and Greece, illegal migrants are a common sight in Turkey.

Illegal migrants take Aegean, Mediterranean and Black Sea routes to access European countries. The Aegean is the most popular as it is dotted with Greek islands in close proximity to Turkish shores. Prior to their travel to Turkey's Aegean shores, migrants typically enter Turkey from the country's southern or eastern borders.

Illegal migration has gained momentum in recent years due to a number of domestic upheavals, economic crises and political uncertainty afflicting countries such as Afghanistan, Pakistan, Syria, Iraq, and Iran, as well as others in the African continent.

Ankara and Brussels signed an agreement in March 2016 to find a solution to the influx of refugees heading to the EU. As part of the deal, Turkey was promised a total of 6 billion euros ($6.6 billion) in financial aid. It was initially designed to be given to the country in two stages, to be used by the Turkish government to finance projects for Syrian refugees.

But Turkey has been critical of the European Union for doing little to help relieve the burden the number of migrants has placed on the country with Turkish officials often slamming European countries for not fulfilling the pledge of funds to help care for migrants in Turkey.