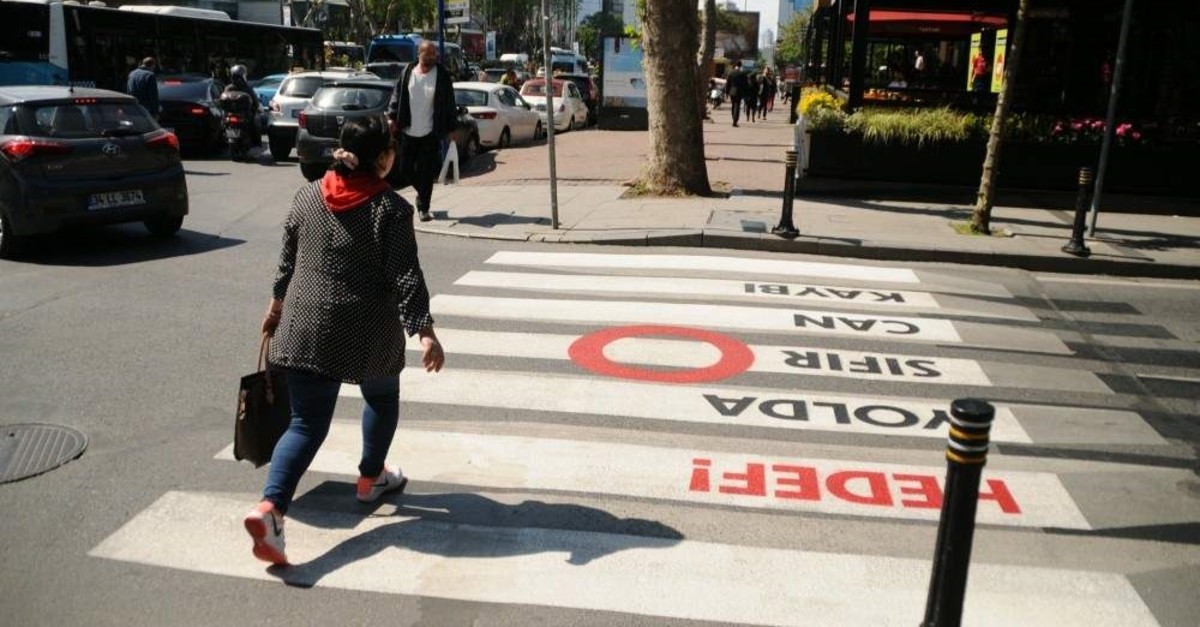 More than 10 million people were educated in 2019 about pedestrian safety in traffic as Turkey ramped up its efforts to reduce fatal accidents occurring on pedestrian crossings.

According to Interior Ministry data released by Anadolu Agency (AA) Monday, some 6.9 million students, 2 million drivers and 1.1 million pedestrians were taught about pedestrian safety and traffic.

The ministry declared 2019 the year of "Pedestrian First in Traffic" after more than 31,000 accidents involving pedestrians occurred in 2018. Along with the educational efforts, a series of additional precautions were taken to increase pedestrian safety, including new crossings and indicators for existing ones.

The data showed that around 91,000 drivers and 7,500 pedestrians were fined a total of TL 45 million for various rule violations in the past year. The majority of the drivers were fined for not giving pedestrians priority for crossing.

While pedestrians were involved in a significant number of accidents, most crashes occurred due to speeding and carelessness, prompting the ministry to also introduce new regulations and fines.

With the new measures, exceeding the speed limit five times in a year will result in the confiscation of the offender's driver's license and motorists whose driver's licenses are confiscated twice in five years will be banned from driving entirely. They will be able to renew their licenses only after evaluation by a psychiatrist. Other fines under the new amendment scheme cover drivers not stopping at red lights and those endangering road safety by rapidly switching lanes.