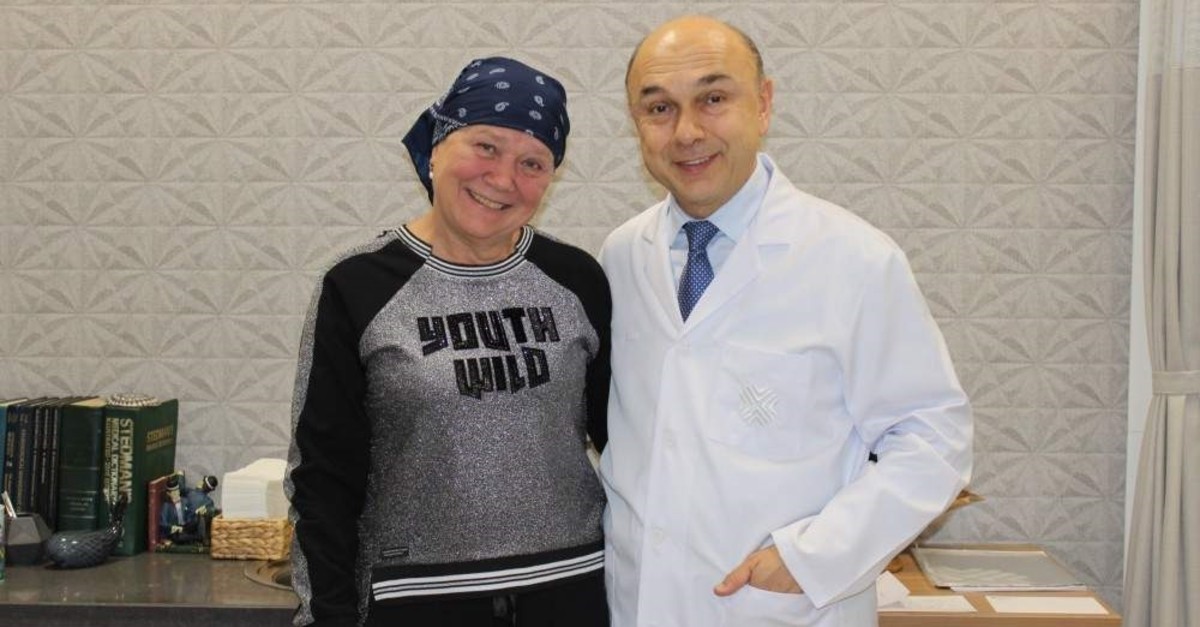 Shehera learned about Dr. Zu0131rh and neuromodulator treatment thanks to her children. (DHA Photo)
by daily sabah Jan 21, 2020 3:51 pm

A Turkish doctor improved the medical condition of a misdiagnosed Ukrainian patient suffering from Parkinson's here in Turkey.

Speaking to Demirören News Agency (DHA), 63-year-old Emiliya Shehera said she began suffering from Parkinson's four years ago and her condition worsened over time due to incorrect and ineffective treatment by doctors in her hometown who misdiagnosed her, saying she was suffering from a brain embolism.

According to Shehera, another doctor correctly diagnosed her with Parkinson's some time later and prescribed drugs but the pills became ineffective over time, despite steadily increasing doses.

"My children began looking for treatments in other countries. That's how I learned about the neuromodulator treatment and Dr. Ali," she said, explaining that she signed up for the operation after setting up a meeting with neurosurgeon Dr. Ali Zırh.

"Before the treatment, it was impossible for me to leave the house without taking my medication. Sleep was another massive problem. I would get the shakes and get furious due to lack of sleep. Living your life based on your pill schedule is dreadful. I want to forget those times," Shehera said as she explained how her life took a turn for the better after the surgery.

Speaking about the treatment, Dr. Zırh said the neuromodulator is a small implant that is placed inside the skull. "It is a device that can stimulate or suppress electrical activity at a spot by applying electrical current," Zırh explained, adding that the treatment improves the quality of life of patients dramatically.

The world's second most common neurodegenerative disorder after Alzheimer's is Parkinson's disease. It affects nerve cells in the brain that produce dopamine and its symptoms include muscle rigidity, tremors, and changes in speech and gait. Although certain treatments can help with the symptoms, a cure is yet to be found.