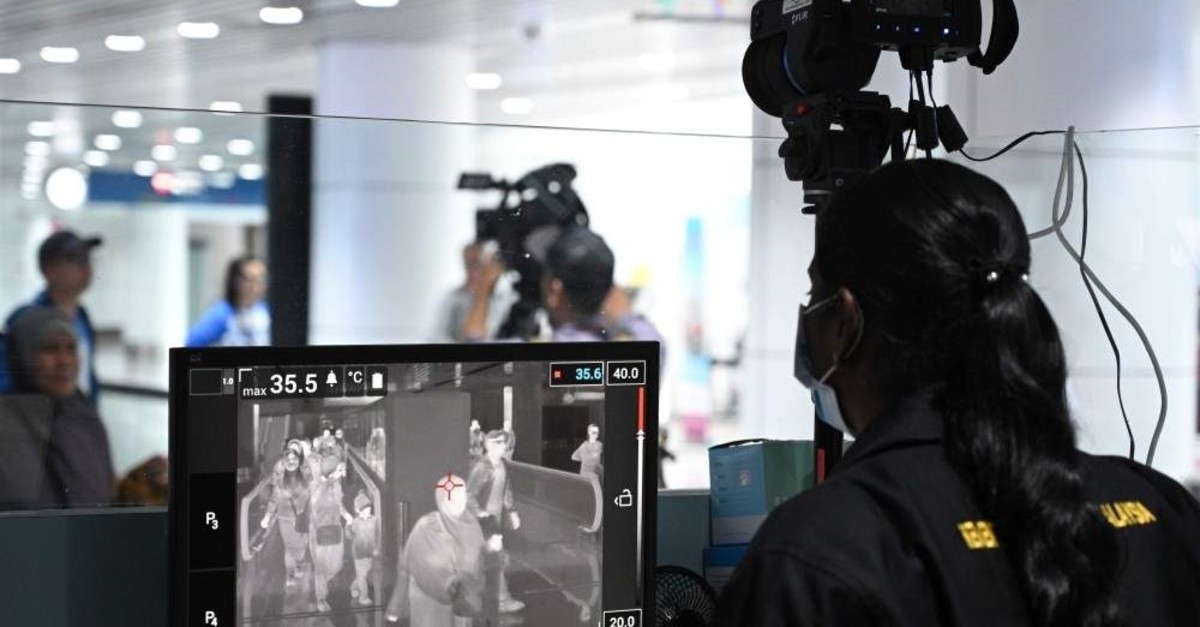 Health Minister Muharrem Koca said while the risk of a coronavirus outbreak in Turkey was relatively low, thermal cameras and specialized personnel were deployed at borders and airports as a precaution

With thermal cameras in place at borders and medicine in stock, Turkey took all of the necessary precautions against the new flu-like coronavirus, Health Minister Fahrettin Koca said Wednesday.

Speaking at the Anadolu Agency's Editor Desk, Koca said thermal cameras that can detect people with the deadly coronavirus were already installed at airports and borders, adding that quarantine rooms were prepared to contain any arriving passengers who are infected.

Saying that the ministry would hold a risk assessment meeting today, Koca said that no infected person has been reported so far and that the risk of an outbreak in Turkey was low.

"If an arriving passenger with a high fever, cough or breathing difficulty is spotted, they will first take the patient into quarantine and then transfer them to predetermined hospitals," he said.

Koca said Turkish citizens and travelers passing through Turkey had no reason to be alarmed as the ministry was in constant contact and cooperation with the World Health Organization (WHO) and that any advisory by the U.N. body has been swiftly implemented.

The coronavirus that began spreading in China has caused alarm across the world for its similarity to SARS (Severe Acute Respiratory Syndrome), which killed nearly 650 people across mainland China and Hong Kong in 2002-2003.

In Wuhan, the epicenter of the outbreak, authorities canceled large public events, called on visitors to stay away and urged residents not to leave the central Chinese city of 11 million people.

The new virus – which has killed nine people, infected hundreds and reached the U.S. – could mutate and spread, China warned Wednesday.

The World Health Organization (WHO) will hold an emergency meeting Wednesday to determine whether to declare a rare global public health emergency over the disease, which has now been detected in the U.S., Taiwan, Thailand, Japan, South Korea and Macau.

Speaking about the seasonal flu, Koca dismissed reports of an outbreak and said the number of patients recorded so far has been consistent with yearly averages. "No changes from the last year have been recorded so far," Koca said as he went on the explain that the H1N1 strain, also known as swine flu, has been active in the second half of the flu season.

Urging citizens to avoid closed spaces with crowds, the minister underlined the importance of preventative measures, such as washing hands and boosting the immune system, to reduce the risk of infection.

Koca said the first 48 hours after the infection is critical for treatment, especially in children younger than 5 and seniors aged above 65, who are considered high-risk groups. "We see antiviral agents being much more effective in the first 48 hours, which should be administered under a doctor's supervision," he said.

Answering a question about reports over medicine stocks running out, Koca rejected the allegations as pure rumors. "We do not have medicine stock issues. We have a secure and reliable proprietary software to track our medicine stocks. We can track all the medicine in the country from the producer to the pharmacy and detect any shortcomings immediately," he said.

According to Koca, more than 1.6 million flu medication doses were in stock across Turkey. Koca added that 200,000 additional medications were also back-ordered as a precaution to keep stocks at a healthy level.

According to WHO data, between 5% and 15% of the world's population suffers from upper respiratory infections in annual flu outbreaks, Koca said, adding that the virus kills 290,000 to 650,000 people each year.