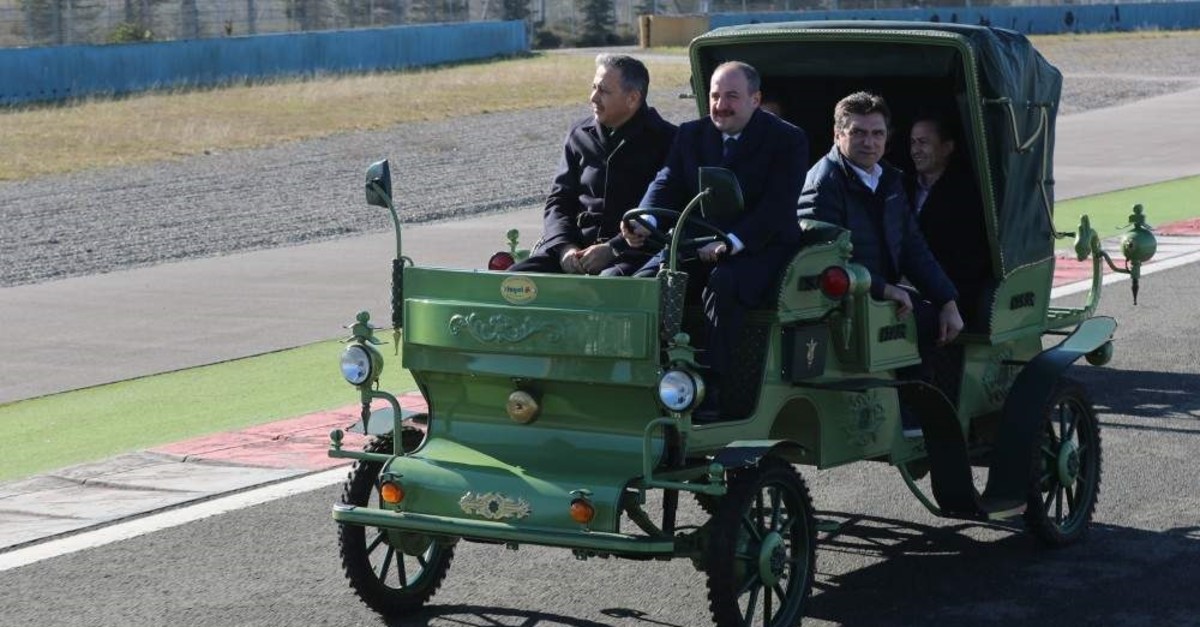 Amid outcry from animal rights activists, horse-drawn carriages used for sightseeing purposes may go away for good. Electric carriages will likely be the future of a dying custom popular in touristic areas like Istanbul's Princes' Islands or some Anatolian towns.

A company manufacturing electric carriages in their factories in the northwestern province of Bursa and western province of Denizli is among the Turkish firms competing in the relatively new market. The manufacturer aims to contribute to Turkey's efforts to reduce dependence on imports in the sector and showcased its electric carriage on Thursday at a motorsports park in Istanbul that once hosted Formula One races.

Minister of Industry and Technology Mustafa Varank tried out the carriage on the track, calling it a "useful" and "innovative product for Turkey." "There is an electric alternative to horse-drawn carriages and people should use them to avoid torturing animals," he said.

The carriage, which can be charged fully in six to eight hours, can travel for up to 80 kilometers once charged, at a maximum speed of 30 kilometers per hour.

As a glanders outbreak led to the culling of horses on Istanbul's Princes' Islands, authorities imposed a temporary ban on horse-drawn carriages and announced that carriages will be replaced by electric ones in the near future. Electric carriages are already used in several cities, such as the southeastern city of Diyarbakır, where horse-drawn carriages have already become a thing of the past.