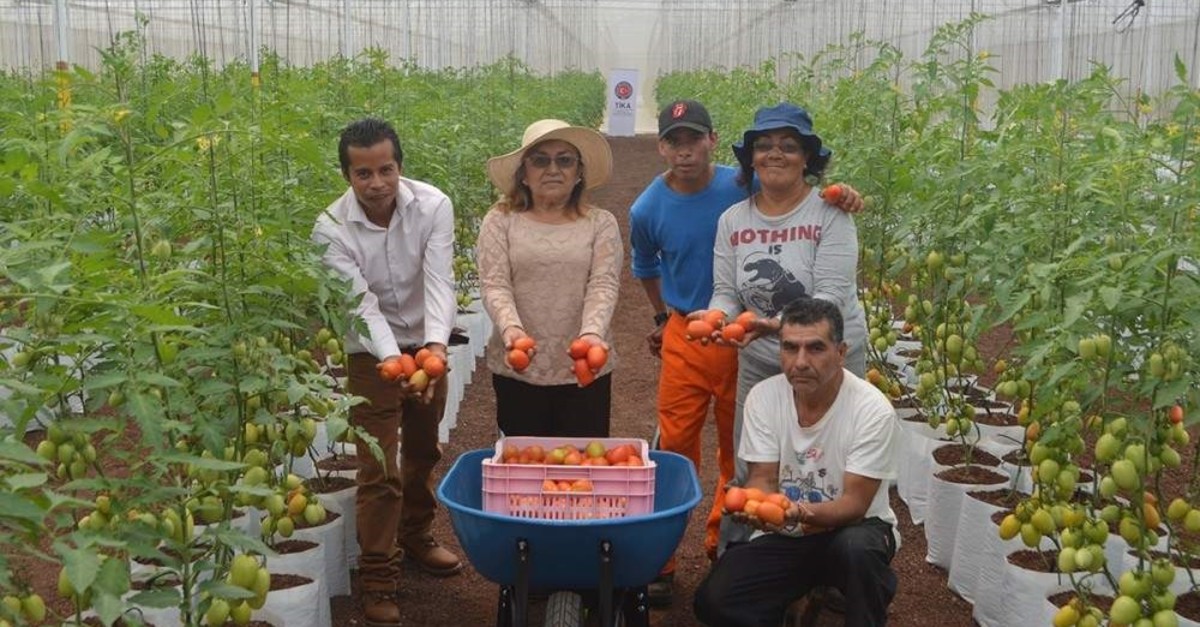 Turkey's leading development aid agency TIKA has left its mark in Mexico, where it began operations four years ago, implementing some 50 projects ranging from humanitarian aid deliveries to the construction of greenhouses across the country

Turkish Cooperation and Coordination Agency (TIKA), Turkey's global development aid agency, has expanded its presence in Mexico, reaching out to its various disadvantaged communities. Since it launched operations in the country in 2016, TIKA has backed 50 projects ranging from post-disaster humanitarian aid to offering assistance to farmers. The Mexico office was TIKA's first regional office in Central America and the Caribbean when it was established in February 2016. After a formal inauguration in February 2017 by visiting Turkish Foreign Minister Mevlüt Çavuşoğlu, TIKA boosted its role as an arm of Turkey's humanitarian diplomacy in Mexico. From health to education and social development, the agency engaged in a series of projects in various fields.

The aid organization has the pride of becoming the first international agency to reach out to earthquake victims after a 7.5-magnitude tremor hit Mexico in September 2017 and killed at least 361 people. In the aftermath of the Puebla earthquake - one of the worst quakes in the history of the country, TIKA coordinated with the Mexican Red Cross to deliver aid across Mexico City and Xochimilco. Along with hygiene kits, medical supplies and food packages, the agency delivered tools and equipment for search and rescue efforts.

TIKA also reached out to Iztapalapa, a heavily populated suburb of Mexico City, to offer housing for its impoverished local community. The agency built and furnished two greenhouses in Iztapalapa in 2017 where locals can now grow a range of vegetables, including turnips, carrots anc tomatoes. The greenhouses serve the needs of around 70,000 poor families yearly by producing an average of 60 tons of tomatoes and 10,000 sacks of vegetables.

The agency expanded its projects in Iztapalapa in 2018 by setting up bread and pizza bakeries, which have helped offer employment opportunities for 300,000 widows and unemployed women. In terms of women's empowerment, TIKA contributes to vocational training sessions in crafts such as baking. It also provides training for agricultural activities such as plant production and hydroponics.

In terms of medical assistance, TIKA lasy year built a health center in El Espinal in Oaxaca state. The center hosts three clinics and a maternity ward. In 2019, the agency set up a mobile clinic for homeless residents in Mexico City.

The agency also contributes to educational activities in the country. In 2018, in cooperation with the National Council of Education Development (CONAFE), it sent computer equipment to the country and furnished 142 digital libraries, helping students access education services and improve their literacy and math skills in the states of Morelos and Puebla and the area surrounding Mexico City. In Mexico's second-most populated city of Guadalajara, TIKA set up a public library and donated books including Spanish translations of books by famed Turkish authors.

Previously a little-known state agency founded with the purpose of helping former Soviet republics after the collapse of the Soviet Union, TIKA has since rebranded itself over the past decade as a major source for Turkey's international influence by reaching out to people in need around the globe.