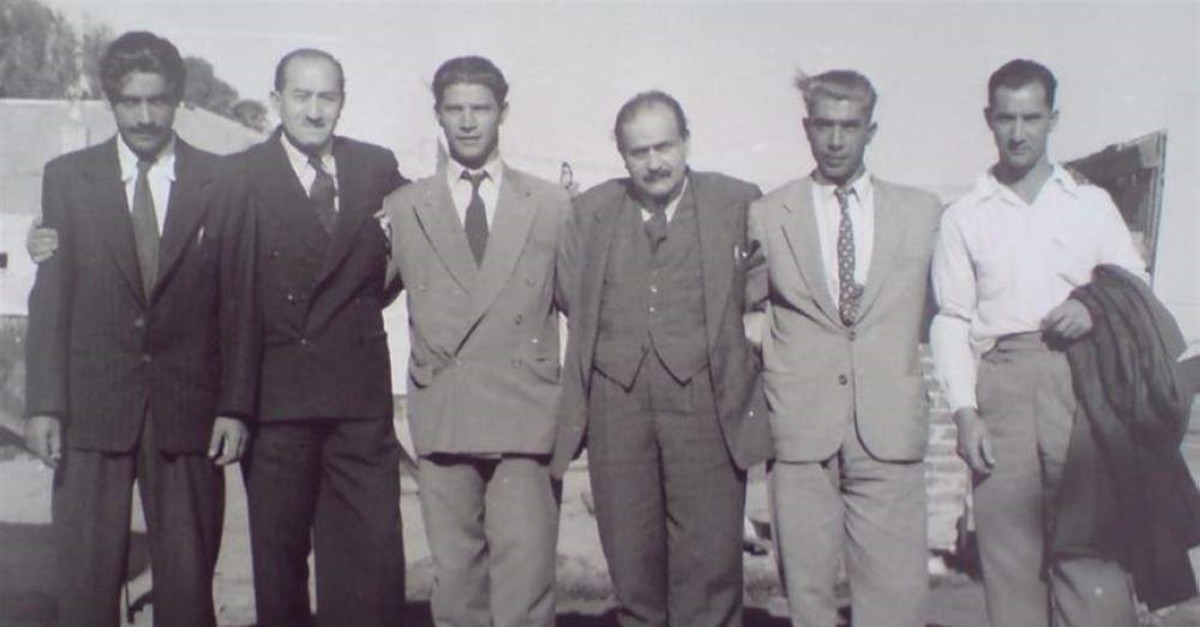 Generations after many Ottomans settled in South Africa, their descendants — like Hesham Neamatollah Effendi — are waiting to gain Turkish citizenship years after applying.

Effendi, 76, is the great-grandson of late Ottoman scholar Abu Bakr Effendi, a prominent Turkish scholar sent to South Africa in the 19th century by Sultan Abdul-Aziz Khan to teach Islam to the cape's Muslim community.

He displayed a now-browned passport emblazoned with the Ottoman tugra, or royal signature. "This is my great-grandfather's Turkish passport. I hope I can get one like this before I die," he said.

His great-grandfather's legacy and that of other Ottomans who came to reside in the cape can still be felt today after more than 150 years, through their writings, as well as the accounts and activities of their descendants who have lived in South Africa for five generations.

"To be able to get a Turkish passport or citizenship and travel to Turkey to visit or return to the ancestral homeland of my great-grandfather would be more than awesome," Faried Manan a great-grandson to Mahmoud Hashim Pasha, told Anadolu Agency (AA).

Some Ottoman descendants are now well-known in South Africa – among them judges, doctors and even politicians. South Africa's minister of economic development, Ebrahim Patel, is a great-grandson of Abu Bakr Effendi.

Effendi said families of Ottoman descendants suffered immensely during the many decades of Apartheid rule in South Africa.

As Muslims, his family was regarded as Malay (nonwhites) and were forcefully relocated from their original homes to colored areas.

"We had to concentrate on survival under a wicked system," Effendi explained. Some of his relatives had to adopt Christian names and live as Christians to be accepted as white by the Apartheid government.

"We lived through injustices of British Colonial and Apartheid laws," he told AA, underlining the importance of Turkish citizenship in protecting and securing the future of their children and grandchildren living in South Africa.

"With the changing political landscape in South Africa and an imminent impasse between rival blacks leading to extremely high crime rates, rising unemployment, the future of our children and our grandchildren is uncertain," he said.

Faried Manan, whose family has also applied for Turkish citizenship, said: "This has been a dream of my 93-year-old mother – Ayesha Pasha. Since she was a teenager, she wanted to go live in Turkey, but the application process in South Africa was at the time nonexistent."

Manan added that his two brothers, sister and mother applied for Turkish citizenship and were currently waiting for a response from Turkish authorities.

Asked if he would consider permanently relocating to Turkey once receiving citizenship, Manan said: "Some of my family members would certainly want to relocate to Turkey, myself included. However, at 61 years, it may not be feasible for me to relocate, considering I would have to learn a new language and start a business from scratch."

Manan, a real estate agent, has never been to Turkey but said he was inspired to visit many times. "I'm fascinated by the history of Turkey, with the Blue Mosque, with the Bosporus and its undersea tunnel subway," he said.

Effendi, who has visited Turkey several times, said he feels at home whenever he visits the country of his heritage.

"Ever since I visited Turkey for the first time when (Turkish) President Tayyip Erdoğan was prime minister and Abdullah Gül was president, I always felt at home in Turkey. I was accepted very cordially and treated with the utmost respect," he said.

Another Ottoman descendant, Guven Atala said in a video that it was important for Turkish descendants living in South Africa to first be recognized. "Once that's established and recognized, then there will be a feeling of belonging in both countries, having grown up in this country (South Africa) but having originated in Turkey."

The Turkish embassy in Pretoria said it has forwarded these families' applications and was waiting for officials in Ankara to complete the process.