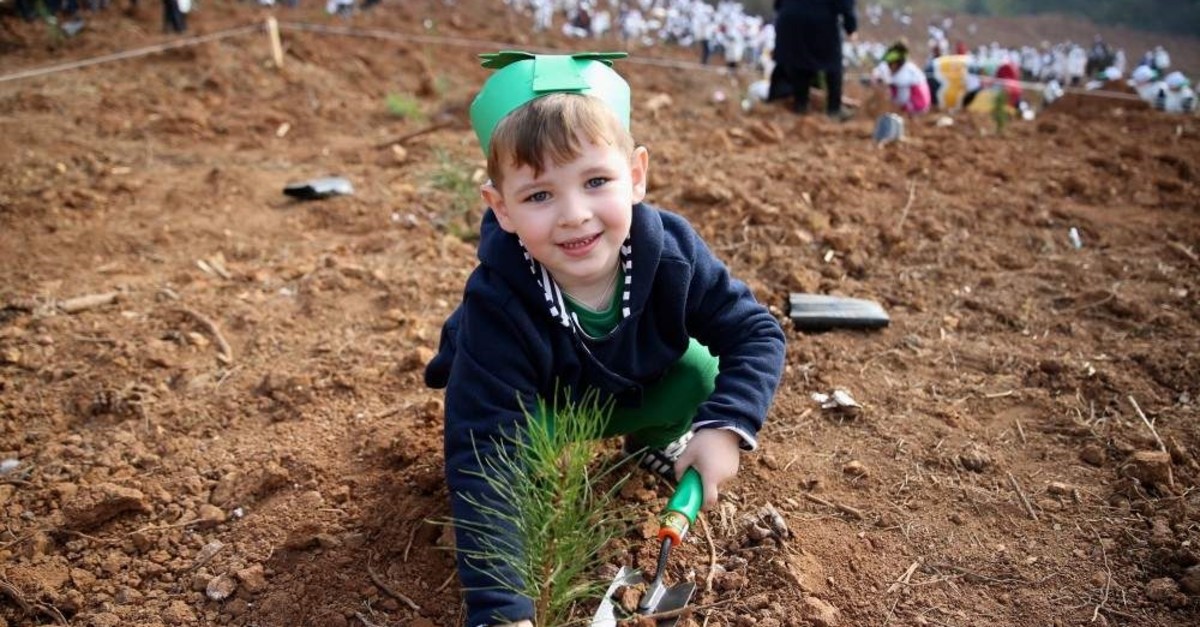 Turkey's agriculture and forestry minister said Friday that 82 million saplings, almost as many as the country's population, will be planted across the country by November. "The rooting average of the saplings planted on Nov. 11, 2019, is 95%," Bekir Pakdemirli told Anadolu Agency's (AA) Editors' Desk in the capital Ankara.

Over 11 million saplings were planted in more than 2,000 different localities across Turkey on Nov. 11 at 11:11 a.m. local time, as part of the "Breath for the Future" campaign launched by the ministry. Nov. 11 was declared National Forestation Day to be marked annually. The ministry planted the saplings on behalf of people who adopted them online as part of the massive forestation campaign. Pakdemirli added that the ministry itself plants nearly 300 million trees per year.

The country has set a new world record for planting the most saplings in an hour, according to Guinness World Record officials, with 303,150 saplings planted in the central city of Çorum during the Nov. 11 event.

Amid a construction boom and concerns over global warming, Turkey has stepped up efforts to preserve and further expand its forests. In nearly a decade since the ruling Justice and Development (AK) Party came to power, the country planted more than 4.5 billion saplings and increased its forested area from 20.8 million hectare to 22.6 million, reducing the mass of soil lost to erosion from 500 million tons to 154 million tons.