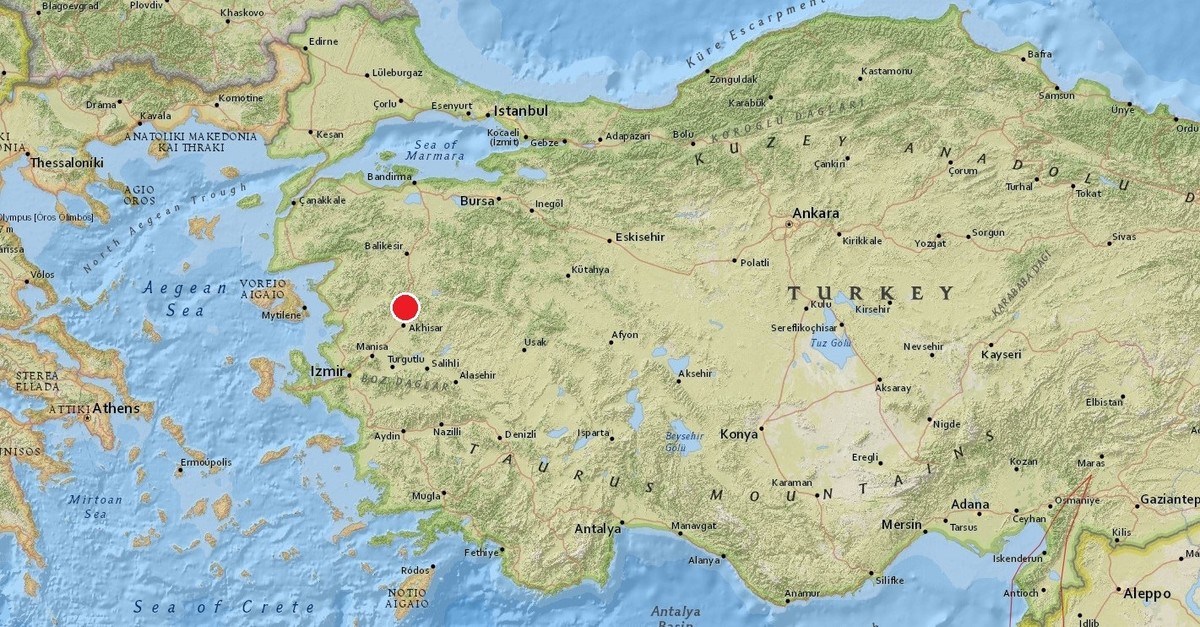 Screenshot from USGS shows the epicenter of the earthquake that struck Manisa.
by daily sabah
Jan 28, 2020 2:36 pm

An earthquake of 4.8 magnitude shook Turkey's western province of Manisa on Tuesday, according to the country's Disaster and Emergency Management Authority (AFAD).

According to initial reports, the tremor was felt in neighboring provinces, including İzmir, Aydın and Denizli.

In a statement, Manisa Governorate said no casualties or damages have been reported so far.

The tremor caused panic among locals as it came four days after a major magnitude 6.8 earthquake which rocked the eastern province of Elazığ, killing at least 41 people and injuring 1,607 others. The earthquake also destroyed dozens of buildings in Elazığ and neighboring Manisa.

Turkey is among the world's most seismically active countries as it is situated on several active fault lines; dozens of minor earthquakes and aftershocks occur daily.

The earthquake in Elazığ was triggered by the deadly East Anatolian fault line, stretching some 650 kilometers from eastern Turkey's highlands to the Mediterranean, from where it turns southwards and meets the northern end of the Great Rift system separating the African and Arabian plates.