Aid piles up as Turkey mobilizes for earthquake victims 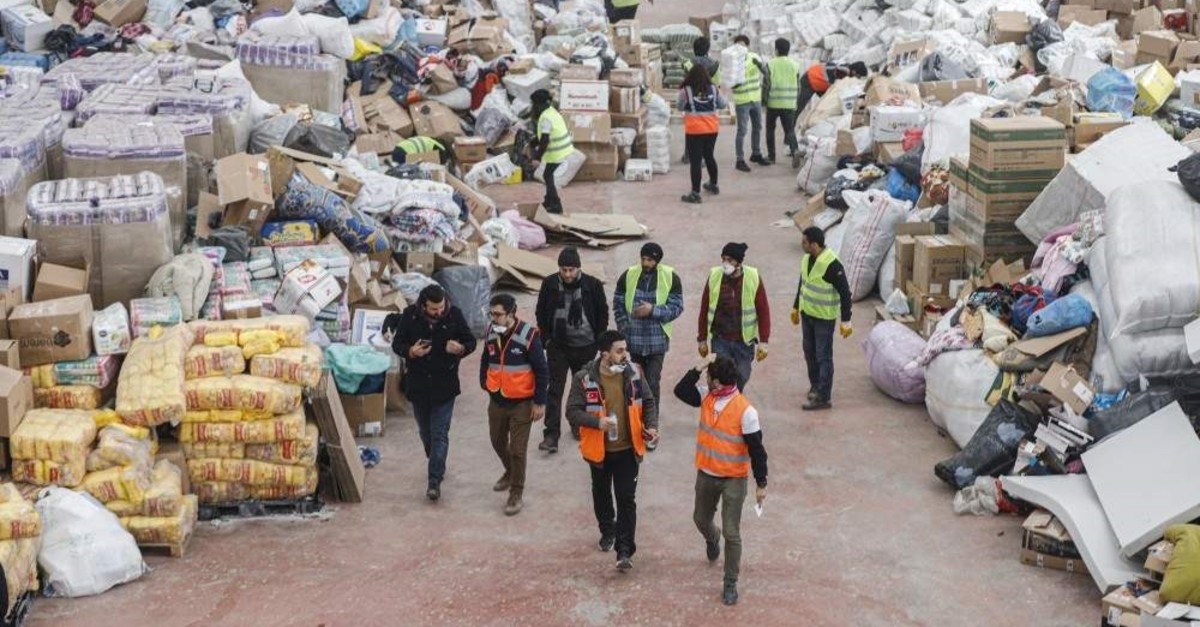 The warehouse used to store aid before deliveries has been overwhelmed with donations of every kind sent in the aftermath of the 6.8 magnitude earthquake that killed 41 people in the eastern province and its neighbor, Malatya province.

AFAD workers continue to sift through the aid tirelessly, checking the quality and quantity before coordinating the flow to victims of the earthquake. Hundreds of volunteers classify aid before loading it onto trucks heading to affected areas.

Melik Uçar, the coordinator of AFAD aid deliveries from the warehouse, told Demirören News Agency (DHA) that they have received truckloads of aid from everywhere around Turkey. "Trucks are regularly unloaded, and we separate clothes, food, heaters and other types of aid and make lists so the items can be sent to the disaster zone. We work with other aid agencies here. Volunteers from nonprofit organizations also work in the warehouse," he says, pointing out a group of 100 volunteers who arrived just one hour ago. "We don't have any problems when it comes to personnel. Still, it takes time to categorize aid, unload it and load it again onto trucks, no matter how many people you have. We receive about 20 trucks every day," he says.

An aid campaign launched by the AFAD following the earthquake collected nearly TL 80 million in a few days. The AFAD also sent cash aid to the governorates of Elazığ and Malatya for the urgent needs of earthquake victims. The disaster and emergency authority deployed 5,702 personnel in the region both for search and rescue efforts and relief efforts in the aftermath of the earthquake. In a written statement on Thursday, the AFAD said 372 trucks carrying humanitarian aid were delivered to the region under their coordination. More than 26,000 tents, 45,278 beds, 86,318 blankets, 8,776 heaters and 219,730 food packages were delivered so far, while the AFAD has also been serving meals to disaster victims.