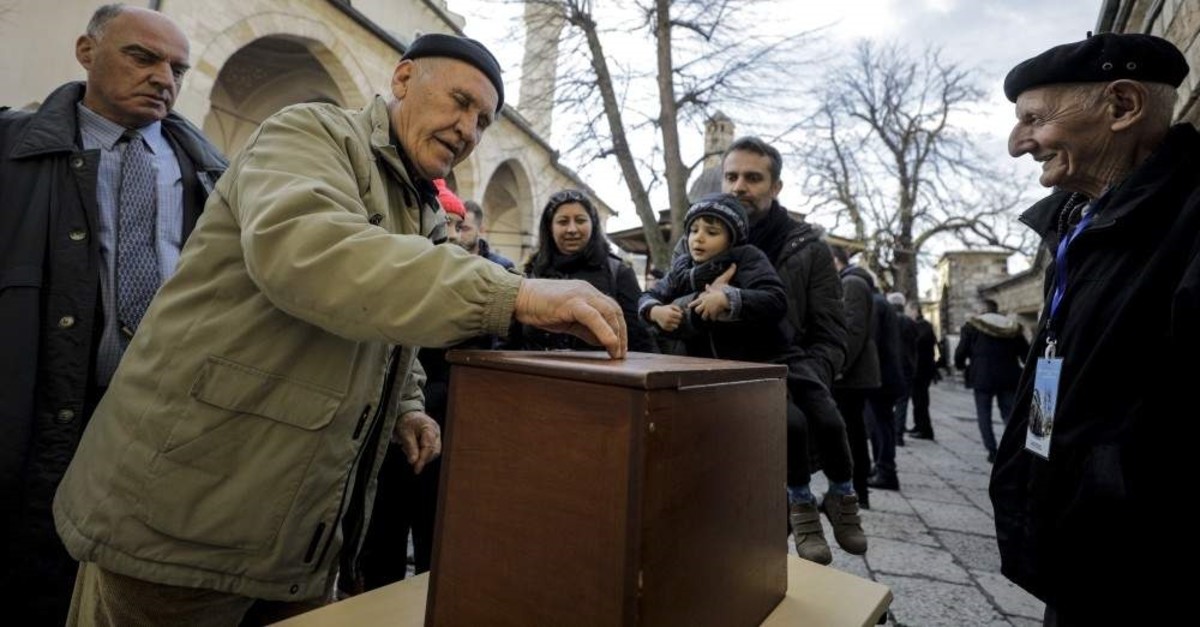 Citizens of Bosnia-Herzegovina joined the relief efforts being carried out for the victims of the deadly earthquake that hit eastern Turkey last week.

Bosnia-Herzegovina Islamic Union launched an aid campaign at all mosques across the country as well as in countries with a Bosniak diaspora. Donation boxes were set up outside the mosques following Friday prayers.

In his Friday sermon, Mensur Malkic, imam of Gazi Hüsrev Bey Mosque in Sarajevo, spoke about unity and solidarity after natural disasters. "Bosnian Muslims are in solidarity with earthquake victims in Turkey. It is our duty to help as much as we can to help those who lost homes and their families in the earthquake," he said.

In North Macedonia, Turkish, Albanian and Bosnian non-profit organizations held a charity sale on Friday to collect money for earthquake victims. Locals displayed great interest in the sale outside Murat Paşa mosque in Skopje. Leyla Şerif Emin from a local association and one of the organizers of the sale said the women came up with the idea of holding a charity sale. "We wanted to send them a bowl of hot soup at least but we can't. So, we decided to sell soups here and send whatever we earn to Turkey for the survivors," she said. "Turkey itself can afford to help the victims but Turks are like our brothers and sisters. We are here to show that. Turkey has always supported us and we wanted to pay it back no matter how minor our aid is," she said.

Fatime Sali, another participant of the sale, said women cooked food at home for the sale. "We want to send a message of unity to Turkey," she said.

An abundance of aid and assistance from across Turkey as well as abroad sped up recovery efforts in Elazığ and Malatya following the 6.8 magnitude earthquake that killed 41 people. People from across the country mobilized within hours to send whatever they could to survivors.

All public agencies and NGOs mobilized to save the victims and deliver aid to survivors who were forced to spend the aftermath outside in below-zero temperatures. From soldiers to volunteers to charities, many rushed to Elazığ and Malatya to join the relief efforts. Truckloads of aid were dispatched to the region carrying the contributions of business associations and municipalities which organized campaigns to help survivors.

The earthquake destroyed 498 buildings in Elazığ and Malatya, as well as causing damage in the nearby provinces of Diyarbakır, Kahramanmaraş, Şanlıurfa, Adıyaman and Batman, while 4,912 buildings were damaged.