Turkish man places self in quarantine over coronavirus fears 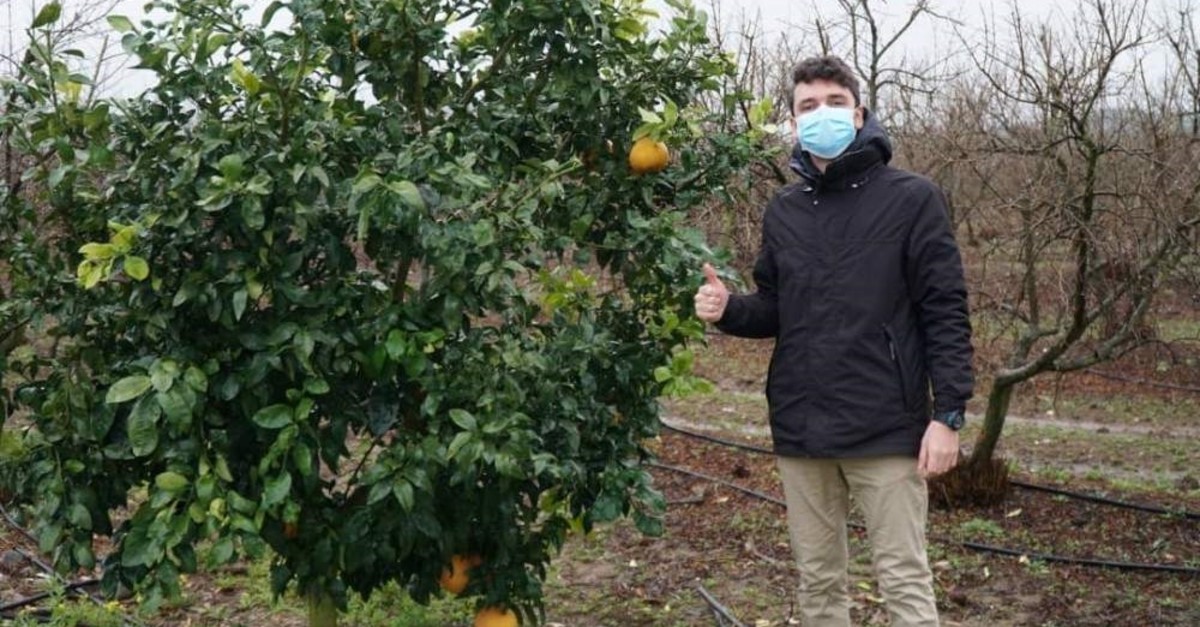 Yaman quarantined himself at his family's cottage in Adana after returning from China's Wuhan. (AA Photo)
by Anadolu Agency Feb 09, 2020 3:15 pm
As international health authorities call on people who had been to areas affected by the deadly new coronavirus to isolate themselves for 14 days to check for symptoms, a Turkish man has put himself under self-imposed quarantine measures.

Hadi Yaman, a mechanical engineer working in China, decided to leave the country on Jan. 28 amid the escalating virus outbreak and desperate calls from his family to return to Turkey, where he has since moved back to his family cottage in Adana, isolating himself from the community.

"I put my mask on and landed in Adana, where I was welcomed with curious stares. The first thing I did was to give my father a mask when he picked me up," Yaman said, adding the gesture was based on the suggestions of Chinese and Turkish health officials.

The 32-year-old said he went to a health facility shortly thereafter, taking a blood test and undergoing a respiratory checkup.

He then moved to his family farmhouse so that he could be isolated to minimize the risk of infecting others if he proved to be a carrier, despite the chances being extremely unlikely.

"I followed this path so there would be no risk posed to my loved ones and, of course, my fellow citizens. I'd do the same even if there was one in a billion chance," he said.

Reflecting on day 10 of his self-imposed quarantine Yaman said he had found his exile more an opportunity than a crisis, as he had been preoccupying himself with work and finally had the chance for some time to think about life.

"I am all alone, so I have time to think and go deeper into my thoughts. Back in China, I was too busy with work. This is more like a precautionary holiday that I gladly welcome," he joked.

Given experts have called on people to boost their immune systems in a bid to counter the deadly virus, Yaman is more than happy, as the gardens surrounding his cottage are full of sources citrus trees bountiful in sources of Vitamin C.

"Chinese people constitute a significant portion of the global tourism industry, and harassing them will lead to a recession in countries where such upsetting incidents take place," he said. "Some countries are using the virus to hit the economy and put pressure on China."

"Our healthy days will be back once again, and we will once again be able to walk freely in China's streets without masks or anything. I'm hoping the Chinese public will bounce back swiftly and offer my condolences to those who have already lost loved ones," he said.

He added that the Chinese officials had been prompt in facilitating the repatriation of Turkish citizens on Feb. 1 and had so far been relatively successful in combatting the outbreak. Yaman claimed that Turkish Ambassador to Beijing Abdulkadir Emin Önen also played a key role through close coordination with Chinese diplomatic figures.

Since late December, the coronavirus has been among the top items on the global agenda. It has claimed more than 800 lives so far, whereas the number of registered cases has mounted to some 37,200.

Many countries have launched evacuation operations to bring their citizens back as the virus has spread to over 20 countries, including the U.S., U.K., Russia, France, Singapore, Spain and India.