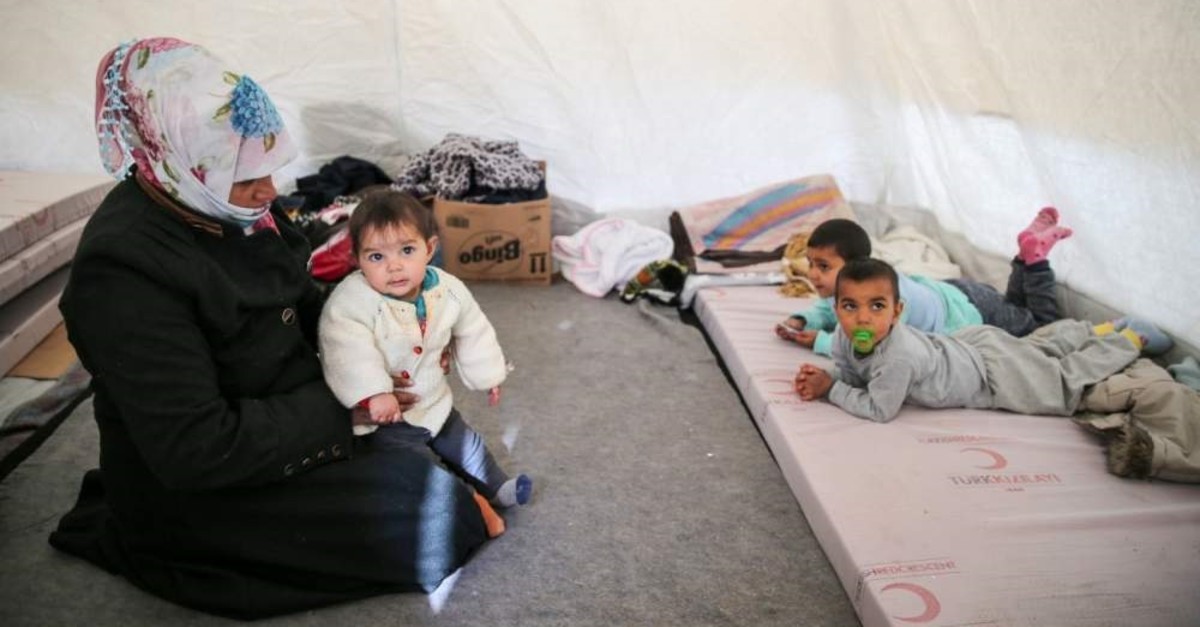 Almost three weeks after a devastating earthquake, residents of the eastern city of Elazığ strive to cope with the trauma while demolition work and installation of temporary housing units continue

Tents dot the vast, empty land a few blocks away from rubble from a 6.8-magnitude earthquake on Jan. 24, and though the hubbub of daily life is muted, daily life slowly resumes in Elazığ. Weeks after the disaster that killed 41 and injured more than 1,600 people, residents watch bulldozers clear the debris and demolish damaged buildings from the safety of their tents, trying to overcome the trauma.

The government and various charities mobilized quickly following the disaster, only the latest of a string of tremors that shook the country in recent months and the deadliest in recent memory since the 1999 earthquake that killed thousands of people. Crews from ministries and the Turkish Red Crescent and Disaster and Emergency Management Authority (AFAD) are still in the city to sustain aid work in the Mustafa Paşa and Sürsürü neighborhoods, which were affected most in the earthquake, as well as in the epicenter of the Sivrice district and villages.

Priority is now on the installation of "container cities," temporary housing units that will accommodate at least 5,000 families. In empty spaces across the city, housing units are being installed to resettle those who took shelter in tents delivered by the Red Crescent and AFAD. Meanwhile, survivors spend their days in tents where they are served three meals a day and provided with heaters. All they want is to have a housing unit with running water and a room of their own. Sedat Gezerer is among tent inhabitants as he and his family are scared to go back into their heavily damaged house in Karşıyaka neighborhood. Speaking to Anadolu Agency (AA) Tuesday, Gezerer said he and his relatives had to live in a tent under "difficult conditions." "The most challenging part is the cold weather. It is really difficult for our children, especially at night. Sometimes, it rains. We also don't have a bathroom here. We want to move to (housing units) as soon as possible," he says.

Filiz Güler appreciates the donation of tents, but she too is among those looking forward to settling in a temporary housing unit. "It will be better for our children. It is either living in a damaged house or in a container for us now," she says.

Four days after the earthquake, the government announced that new homes will be built in disaster-hit areas, and their construction was set to be completed by the end of this year. Some 3,850 houses will be built initially for survivors. Reconstruction efforts will not only cover central Elazığ but also surrounding villages where smaller houses, mostly those made of adobe bricks, will be replaced by sturdier structures.

In light of the scarcity of land and concerns remaining over the possibility of future disasters in the country, which sits on several active fault lines, Turkey is already in efforts to accelerate urban renewal projects, with the latest stage of its attempts launched last year, the most ambitious to date. Projects involve the demolition of old, decrepit buildings and their replacement with new, earthquake-proof ones.

However, the trouble does not end with having a new house for some survivors. Losing their loved ones or being trapped under debris for hours left deep scars in the minds of survivors. The Ministry of Family, Labor and Social Services are reaching out to survivors with psycho-social support programs. Inside a tent city, a mobile social service center staffed by social workers and psychiatrists teach survivors how to cope with the trauma. For the elderly and the children who cannot visit the center, they go tent by tent to see how they are faring in the aftermath of the disaster. For children, they organize fun events so they can forget the pain of tragedy and their losses, such as parents. Hale Seval, a psychologist working with survivors, says crews have been on the ground since the tragedy and interviewed with victims. "We help adults to overcome the trauma, but children are definitely more affected. We come across children bed-wetting, biting nails or afraid of the dark because of the disaster and try to help them to overcome these," she says. "The most common fear among adults is a future earthquake. They say their eyes are always on the ceiling lamps, to see if it is shaking. Some are afraid of going to a certain spot in the houses they moved to after the earthquake. For instance, if they were in the kitchen when the earthquake happened, they are scared of going into any kitchen anywhere else," she says, adding that these are temporary fears and will most likely go away within a month.