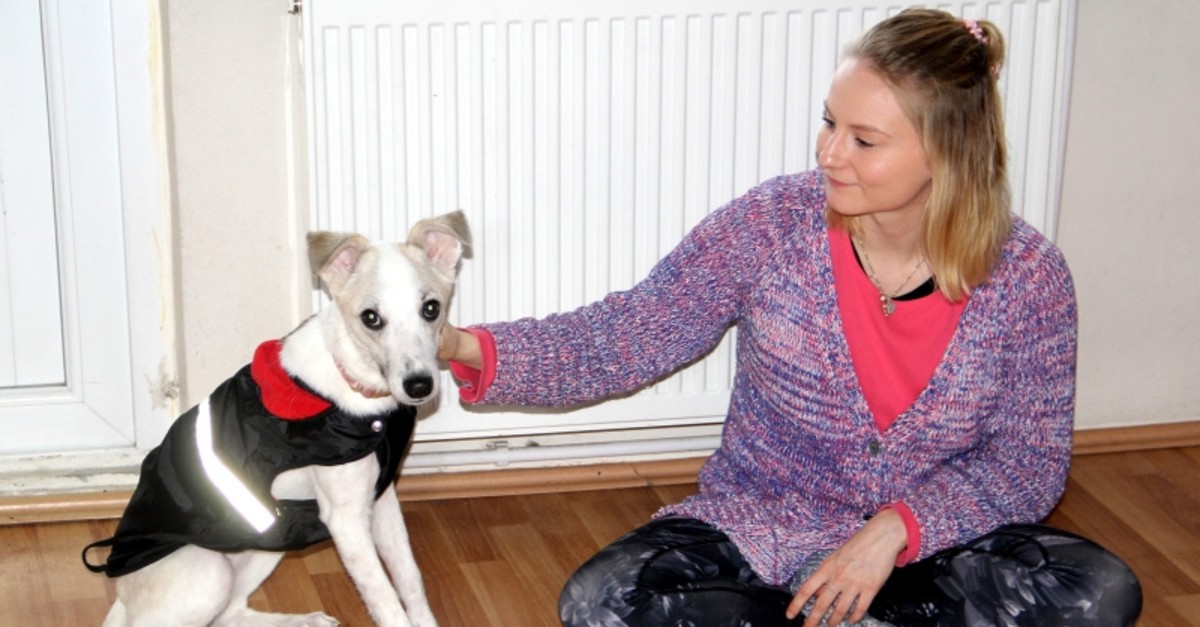 A chance meeting with a young German exchange student gave a wounded Turkish dog a second chance, a new home and a new life. Last July, Heidi Peltola, who is studying to be a veterinarian in Frankfurt, came to the Turkish Black Sea city of Sinop under Erasmus+, the EU program for young people to live, work and train in Europe.

In Sinop, Peltola volunteered as an intern at a stray animal shelter, which is where she first met a dog who was wounded but sported a handsome mane of whitish fur. While nursing him back to health, she bonded with the dog, whom she named Pamuk (Cotton).

She decided to adopt the former stray and took it back to her apartment in Sinop.

After her internship ended, Peltola had to return to Frankfurt, but always intended to come back for Pamuk. She wanted to take Pamuk with her when she first went back, but the procedures were too complicated. But now, she said: "I completed the official procedures to take Pamuk with me. Pamuk will live in Germany with me and I hope everything goes well."

"I've had such a good time here in Turkey. Turkish people are very kind," she added.

İrem Ebru Kuru, an official at the charity that runs the shelter, said Peltola worked very hard for stray animals in Sinop. Kuru thanked Peltola for her services and urged more people to take care of stray animals.