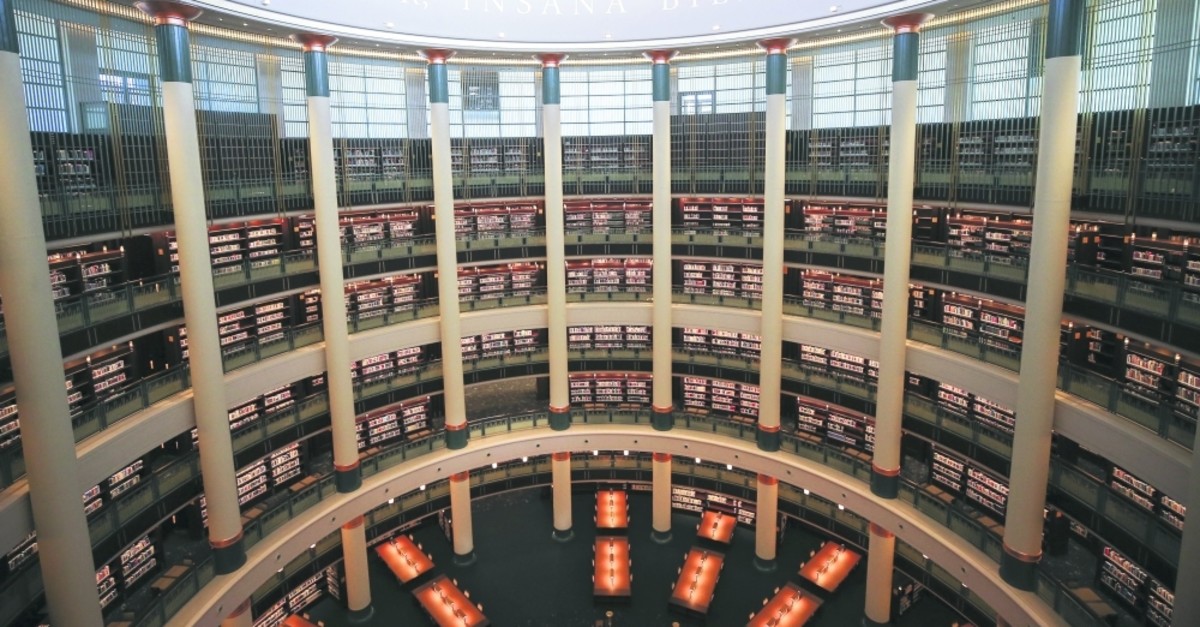 President Recep Tayyip Erdoğan on Thursday unveiled the presidential library, the latest addition to the Presidential Complex and a spectacular home to millions of books

Six years after its inauguration, Turkey’s Presidential Complex has a new addition: a state-of-the-art library with 4 million print resources.

President Recep Tayyip Erdoğan made the official opening on Thursday, saying the construction of the complex is now complete with the addition of the library. The Nation’s Library, as he called it, will soon have more than 5 million print resources, from books to periodicals, he added.

The library offers students, researchers and literature enthusiasts a collection enriched with millions of books, articles and reports available in printed and online formats.

The library project, spearheaded by Erdoğan, was developed following an intense research and study period in which Turkey's leading intellectuals, library managers, non-governmental organizations and disadvantaged groups worked in harmony to produce the best library in Turkey.

With its rich book collection and services to be provided to visitors, the library, which is already the largest in Turkey, is expected to be a prominent research center of the world. Additionally, the Nasreddin Hodja Children's Library will be available for visitors between the ages of 5 and 10, and those between the ages of 10 and 15 will be able to use the Youth Library. There will also be separate mini-libraries focusing on sound and image, rare books and research.

Visitors will have the opportunity to learn about classical Turkish history thanks to the departments shedding light on the history of the Seljuks and Anatolia. The library will also have a restaurant and several cafes and a small theater to screen films for children.

Donations of books for the new library have poured in from all across the country. Restorers are working on a valuable trove of nearly 1,000 manuscripts donated to the library by author Mehmet Şevket Eygi. A book restoration facility will also be a part of the library. In collaboration with the Foreign Ministry, scores of books were brought to the library from every country where Turkey has a mission. These books on the culture and history of the countries will be available in the World Library, inside Cihannuma Hall.

The library is also projected to be a lifelong education center where the visitors, whether children or adults, will be provided with training courses on artificial intelligence, cybersecurity, augmented reality and coding.

Speaking at the opening ceremony, President Erdoğan said he desired the visitors, “the youth, the researchers to swim in this sea of knowledge.” “We hope the library will give insight into medicine with the works of İbn-i Sina, into the human soul with Farabi and into thinking with Aristotle,” he said.

“This is not just a place where books are stacked on the shelves. We imagined it as a place where people of science will meet, as a center for knowledge and culture. We built a place where people will visit for gatherings of scholars,” he said. Erdoğan added that all visitors will be given free coffee, tea and simit around the clock at the library.

Uzbek President Shavkat Mirziyoyev, who was in Ankara as Erdoğan’s guest, also attended the opening ceremony and said that Uzbekistan donated more than 350 books on various subjects to the library.