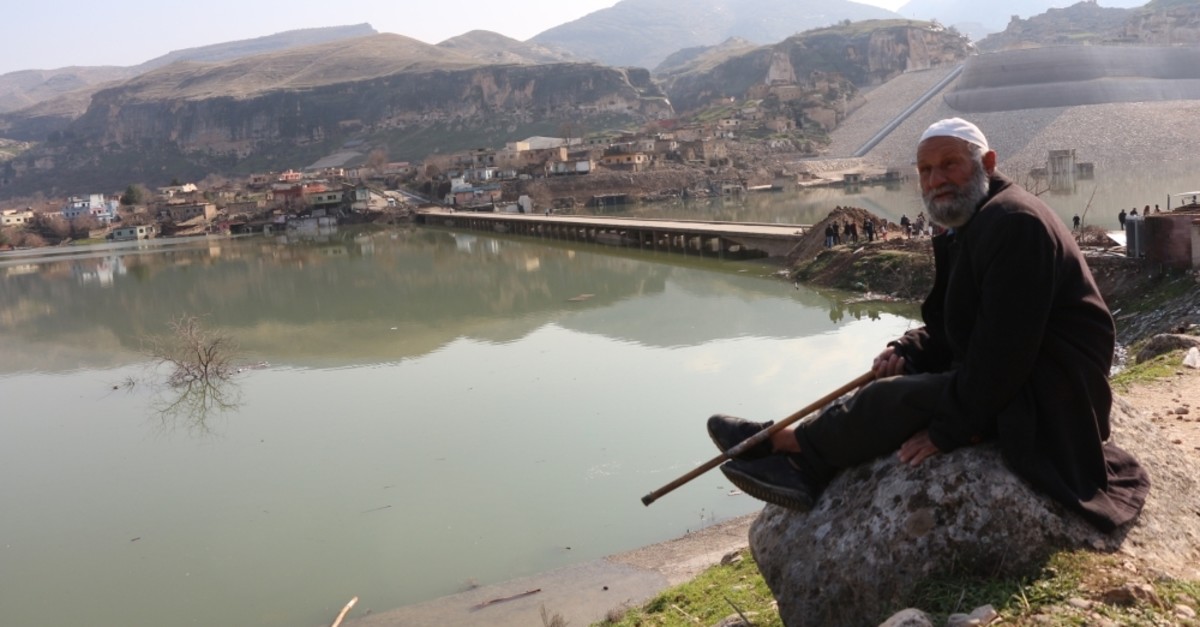 Taking a stroll down memory lane, former residents of Hasankeyf speak about the old days. Some perched on chairs on the edge of the dam reservoir and elderly ones lean on their canes, they reminisce about the past and mull over the future.

Hasankeyf, a town in the eastern Turkish province of Batman which traces back its history to nearly 12,000 years ago, will soon be entirely submerged under the waters of a new dam project. Water at the Ilısu Dam has already reached a level of 20%, with the reservoir expected to be full by spring.

The dam on Dicle (Tigris) River is the fourth biggest in Turkey and will address water demand in the provinces of Batman, Mardin, Diyarbakır, Siirt and Şırnak. Authorities say it will spur agricultural activities and create jobs in a region where the economy has stalled for decades due to violent terrorism. Almost all the historical structures in the town, from an 800-year-old bathhouse to an Ayyubid mosque, were relocated to the new Hasankeyf, built nearby on higher ground.

The reservoir has been holding water since last November but the water levels only started rising recently. The roofs and second floors of some of the town's more decrepit houses and stables are still visible above the water, while a 60-year-old bridge connecting Hasankeyf to other towns will soon be submerged.

Ibrahim Tapkan, one of the locals watching as the waters slowly surround his old hometown, thinks back about his childhood there. “This is a place where I was born, where my father was born. I will surely miss it. It is hard to leave,” he says.

Hasankeyf Mayor Abdulvahap Kusen says the reservoir will hold some 10.5 billion cubic meters of water and that they would like to turn the lake formed into a tourism hub. He says they had already planned boat tours and a campaign to promote the new park where Hasankeyf's old buildings have been relocated.