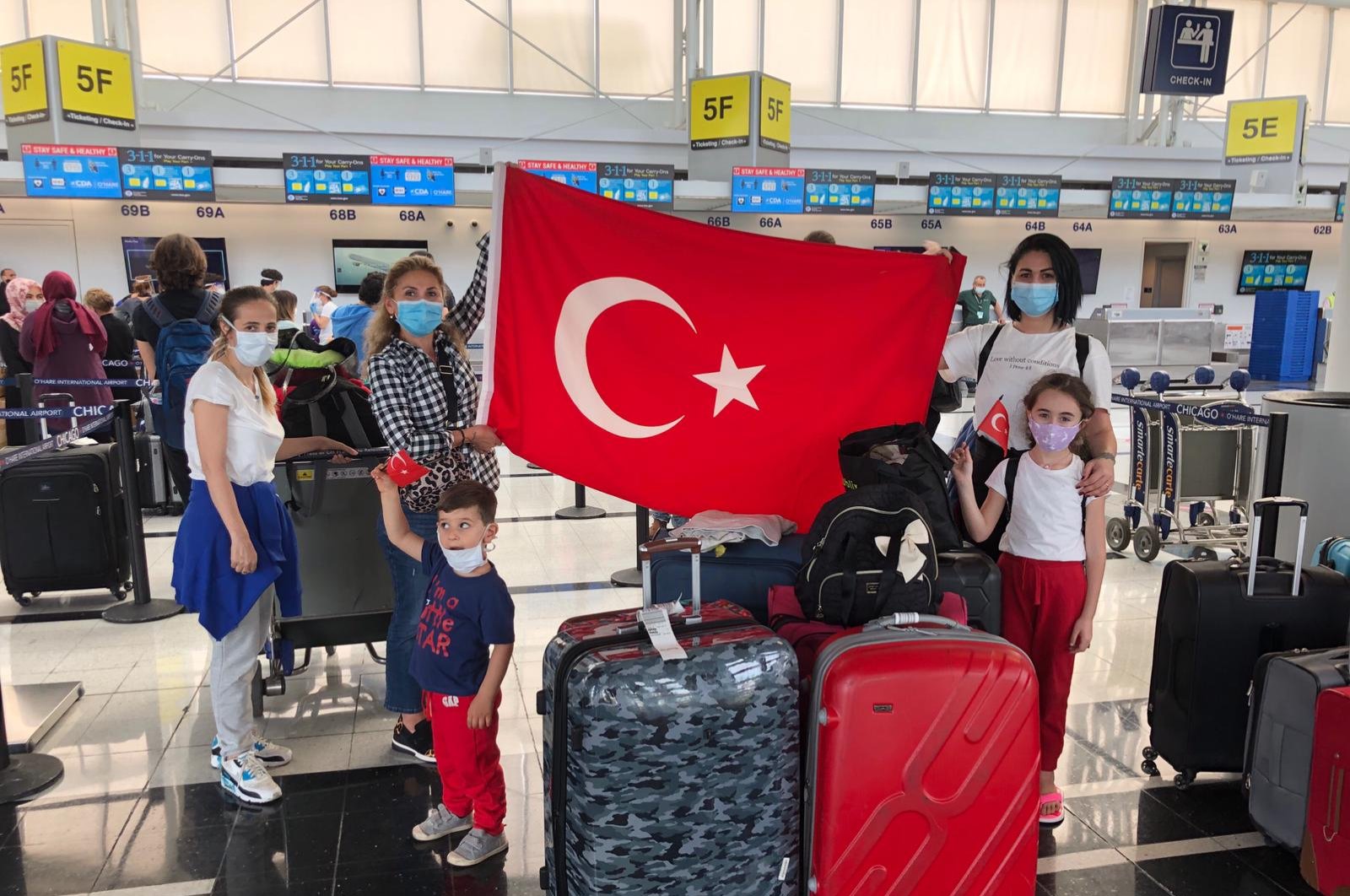 Turkey brought back 295 citizens from the United States via a Turkish Airlines (THY) flight on Thursday. They were the latest batch of evacuees from the U.S., which is gripped with the COVID-19 pandemic.

The flight took off from Chicago’s O’Hare Airport and arrived in Istanbul. All passengers had their body temperatures measured before embarking on the plane, and they will remain under quarantine for 14 days after arrival in Turkey. Turkish Consul-General Ayşe Selcan Şanlı saw off the returnees at the airport.

Flights between the two countries were suspended in late March amid the pandemic. Since then, Turkey has arranged special flights for the evacuation of its citizens in the U.S. Three flights with dozens of citizens took off between April 23 and April 24 from Washington, D.C., New York and Los Angeles. More flights followed in May, including from New York, Chicago, Houston and Miami. All returnees were accommodated at empty student dormitories across Turkey. The new returnees will stay in their own houses as Turkey announced that dormitories will no longer host the returnees starting this month after the last returnees left quarantine.

Over 77,000 Turkish citizens who went into precautionary coronavirus isolation after being evacuated from abroad have finished their quarantines in student dormitories, authorities said on Wednesday.

The citizens had been evacuated by Turkey from 97 countries, Mehmet Muharrem Kasapoğlu, the youth and sports minister, told a press conference at the ministry in the capital Ankara.

Kasapoğlu said that as Turkey is one of the most successful countries with its health infrastructure and treatments, it has also become a model country in terms of the most qualified quarantine implementations and student dorms infrastructure. "As the virus originated abroad, especially the 14-day quarantine imposed after the entrance to the country had vital importance," Kasapoğlu said, adding that Turkey's dormitory infrastructure contributed to the effective management of the process.