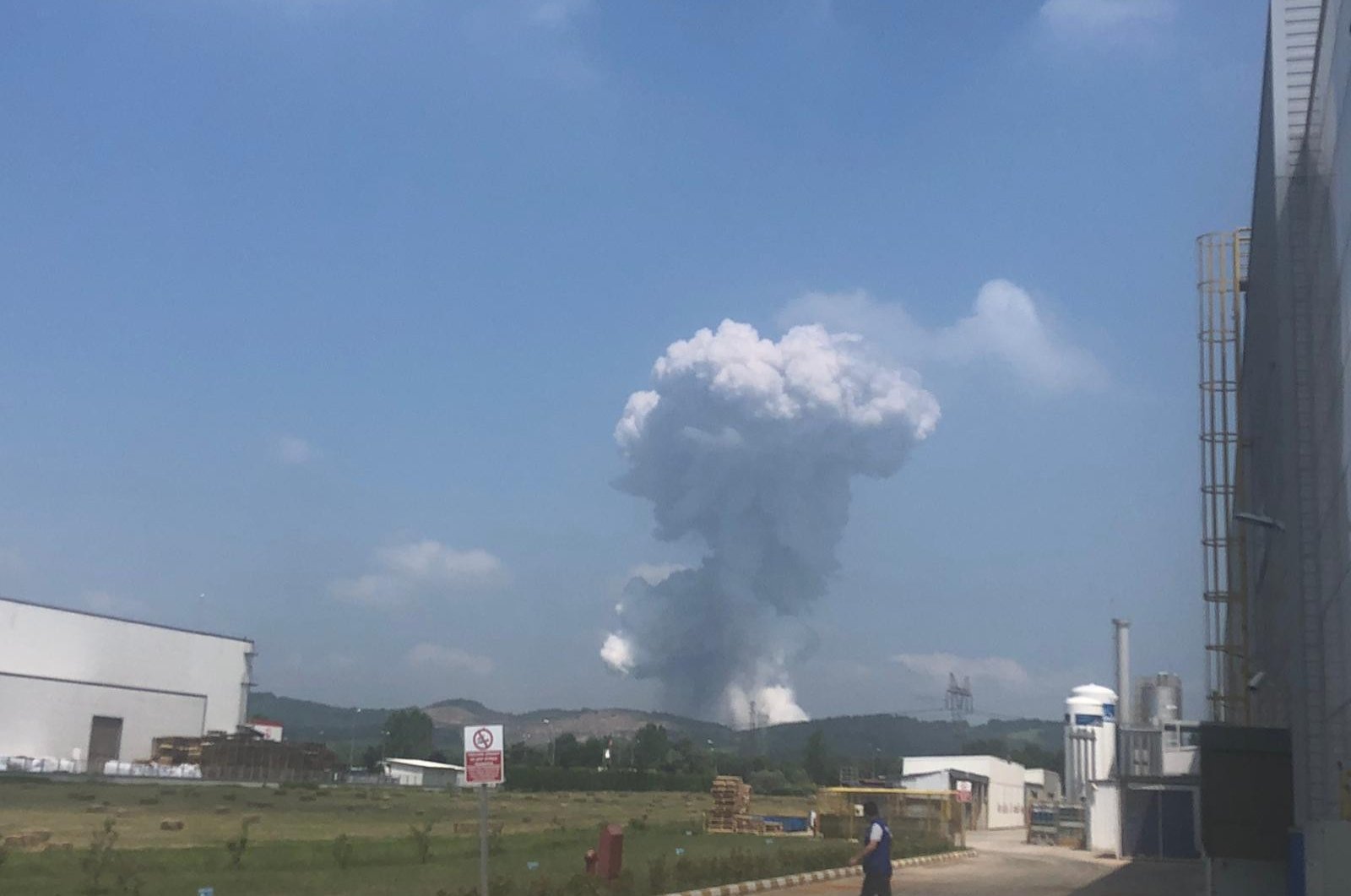 A loud blast rocked a fireworks factory in the northwestern Turkish province of Sakarya Friday morning. Four people were killed and 97 others were injured, Health Minister Fahrettin Koca announced.

The explosion, of which the cause is not yet known, sent an enormous plume of smoke into the sky. Sakarya Gov. Çetin Oktay Kaldırım told Anadolu Agency (AA) that crews were unable to intervene in the incident due to ongoing explosions but they secured the perimeter of the factory.

The noise of the explosion in the district of Hendek was heard throughout central Sakarya, some 50 kilometers (31 miles) away from the scene, sending people into the streets in panic. Ambulances and firefighters were dispatched to the scene.

Hendek Mayor Turgut Babaoğlu told reporters that there were about 150 workers inside. Interior Minister Süleyman Soylu, Koca and Minister of Family, Labor and Social Services Zehra Zümrüt Selçuk traveled to Sakarya to monitor the situation. The Turkish Red Crescent head urged residents living nearby the explosion area to remain indoors and shut their windows over a possible chemical gas release. The same facility was hit by explosions in 2009, 2011 and 2014 that killed 3 workers.

In 2008, 20 people were killed in an explosion in a fireworks factory in Istanbul, west of Sakarya.

Turkish President Recep Tayyip Erdoğan said that every necessary measure was in place and the population near the site of the explosion was protected. He noted that the fire was under control but crews were working to cool off the burned area with helicopters and airplanes. "This is a place covering 164 acres and multiple buildings. It is 3 kilometers away from a residential area and factory workers are all people from this residential area. We have three ministers at the scene, and they are assessing the situation," Erdoğan said. The president said he held multiple phone calls with the factory's owner.

Speaking to reporters at the scene, Koca said 186 employees were working at the factory and another 20 workers were on leave. Koca warned that fireworks contained carbon dioxide, carbon monoxide, sulfur dioxide, which can pose risks to people with respiratory problems and high blood pressure. "The first 12 hours after the blast are critical and we urge residents here to wear protective masks, not to go out if possible and keep their doors and windows closed most of the time," he said.

Later in the day, Soylu said that research activities for three missing workers were still ongoing, adding that efforts to extinguish the fire had been a success.